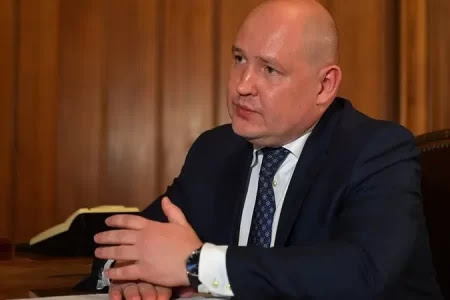 A naval vessel in the Russian port of Crimea has been targeted by a drone attack, injuring five people, including soldiers.

Azadi Times: The attack was carried out on Sunday and took place in the Crimean port of Sevastopol, according to the mayor of the city annexed to Russia, Mikhail Raza.

Meanwhile, Ukrainian nationalists announced on Sunday morning that Sunday should be observed as the Day of the Russian Fleet Disruption, saying that among the five people injured in the drone attack on the fleet, civilians were also injured along with soldiers.

According to the mayor, all festive events in the city have been cancelled due to security reasons and citizens have been asked to stay inside their homes if possible.

It should be noted that many events are expected in Russia, including the parade of the Russian Navy, which is scheduled in St. Petersburg. The President of Russia, Vladimir Putin, is also expected to participate in this event.

The Russian Defense Minister had alleged that the attack on the Ukrainian prisoners of war in the prison of the Russian-occupied Donetsk province was carried out by Ukraine with missiles supplied by the United States.

On the other hand, Ukrainian President Volodymyr Zelensky has blamed Russia for the missile attack, saying that Russia deliberately committed a war crime and mass-murdered Ukrainian soldiers.