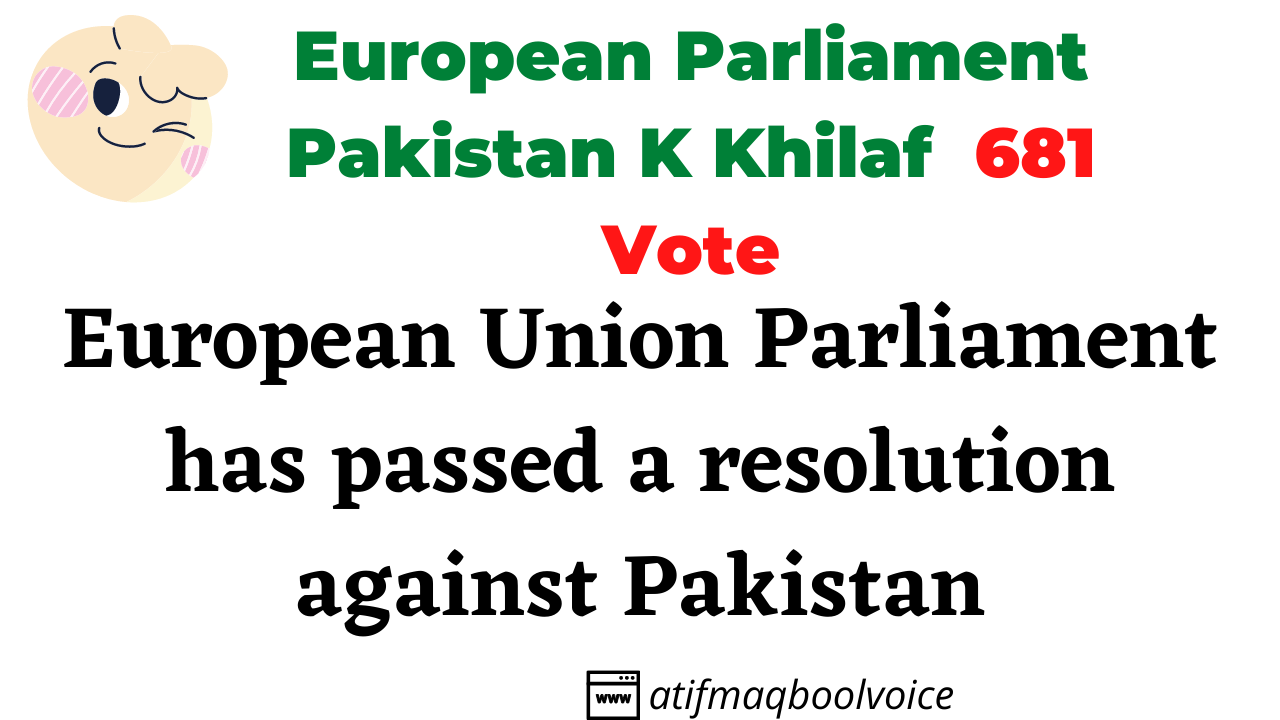 European Union Parliament has passed a resolution against Pakistan

By an overwhelming majority In this resolution, there are oppositions to Pakistan in the European Parliament. More than 680 votes have been cast against Pakistan and this resolution has been very critical of Pakistan. Pakistan has been targeted. In recent days, what is inside Pakistan was showing that the European Union will take action against Pakistan and there will be difficulties for Pakistan.

It seems that it has just begun. Pakistan’s troubles are likely to escalate and the kind of resolution passed in the European Parliament has been widely criticized. Pakistan has a resolution against Pakistan. The European Union has a parliament in which members of all European countries. I will share with you all the details of the kind of resolution passed by the European Parliament and how dangerous it is in Pakistan, but I told you that this concern is being expressed first. There was a commotion in Pakistan in recent days France banned its citizens from arriving there They were targeted and Pakistan was targeted but the real thing is that the revolution was created inside Pakistan.

The protest of Pakistan was blocked. The road was blocked. There was talk against France. Can be harmful In the resolution that was tabled, it was said that in Pakistan, manners are treated badly and people inside Pakistan are treated badly. Violent acts have been committed there. It offers its services in the European Union, especially in the field of textiles, which was also mentioned by Imran Khan. The resolution said that the facility given to Pakistan should be withdrawn. Not worth it.

There are issues that have come up in recent days regarding important issues and especially in recent days, there has been a violent protest movement inside Pakistan against France. The debate erupted in the European Parliament, which called for more action