Fighting continues between the Taliban and the Northern Alliance in Panjshir 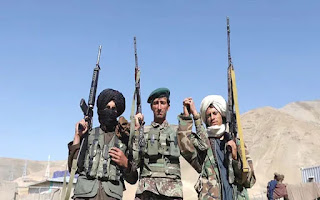 KABUL: In the Afghan province of Panjshir, a fierce battle is going on between the Taliban and the National Resistance Front led by Ahmad Masood in which both sides are making contradictory claims of victory:

In Panjshir, the Taliban are fighting under the leadership of their most astute commander, Qari Fasihuddin, while the National Resistance Front is led by Ahmed Masood, son of the slain Amir Ahmad Shah Masood of the former Northern Alliance.

Contradictory claims of harm are being made. The National Resistance Front claims to have killed 300 Taliban fighters, while the Taliban denies inflicting heavy casualties on insurgents. After Ashraf Ghani left the country, Vice President Amrullah Saleh became caretaker president. Taliban spokesman Zabihullah Mujahid said that Panjshir was under siege by the Taliban. Zabihullah Mujahid said in a statement released on Twitter.

He said that Bannu, Pul-e-Hisar and De Salah districts of Baghlan province have been completely taken over. He said that the Islamic Emirate was trying to resolve the issue through dialogue. He added that the road to Salang was open and the enemy was under siege by militants in Panjshir.