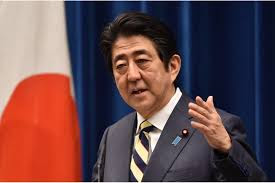 A 40-year-old man was arrested after the attack and weapons were recovered from his possession, according to a report by local channel National Broadcaster NH. An eyewitness told NHK that “a man approached her from behind while Shinzo Abe was speaking.”

The second sound was louder, and at the same time people saw sparks and smoke rising. ”A source from the ruling Liberal Democratic Party told JG News that Shinzo Abe, 67, was bleeding when he was seen falling.

The NEHK and Kyodo say Abe was taken to hospital, where he died shortly afterwards. Media reports say he was shot in the back with a shotgun.

A task force has been set up to investigate the incident, and government spokesmen will speak to the media soon. Shinzo Abe has been Japan’s longest-serving prime minister. Shinzo Abe first became prime minister in 2006 when he was 52 years old. He had abruptly resigned.