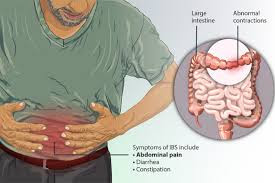 Govt unable to control the Gastro Gastroenteritis has been spreading for more than a month in Chikar Tehsil of Hattian Bala district Azad Kashmir (POK) due to which several villages have been affected and deaths have also occurred due to lack of treatment:

Azadi Times: According to local media in Chikar, the situation has become so critical in different villages that there are more than 4000 registered patients at the government level while more or less of this number are being treated at the private level. And in front of him, the people are indifferent, they do not even have the status of a dead body, worse than a black animal, they are not treated at the local level, nor are medicines available, there is no satisfactory situation for them.

There are but services in return for this is that a minor love has not been controlled by them, for which only minor attention is needed and ordinary medicines are needed, but the classes who are burdened like an elephant on the treasure, they are also subjected to brutality in Madina every day.

The recent incident proves that the system established here is also a beast for the people This form has been made which is devouring everything and the common people are falling in the mill of this insensitivity and cruelty.