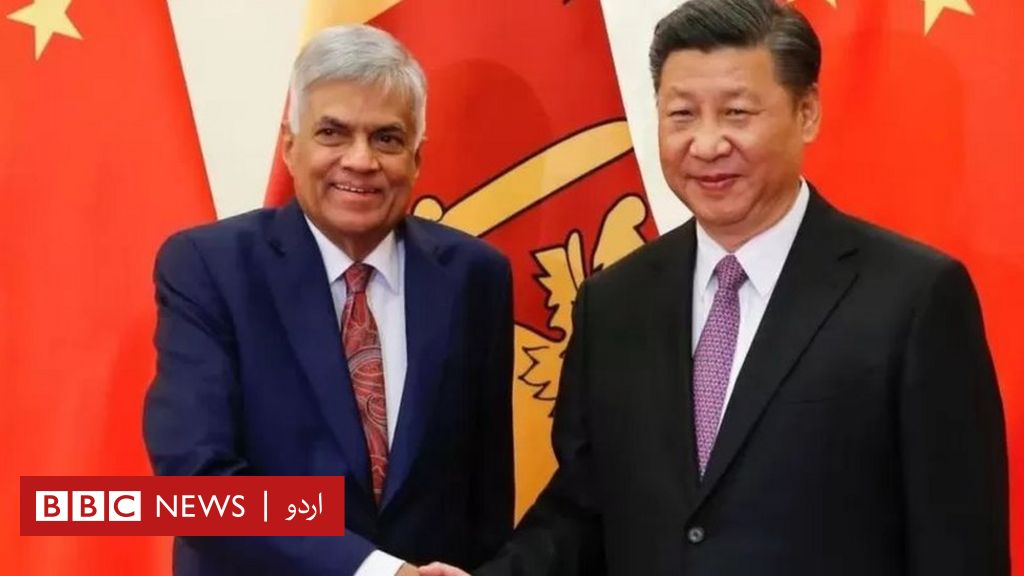 India’s relations with its neighbor, Sri Lanka, have been relatively normal, but in the past few years, the warmth of these relations has declined following China’s investment there.

After the Chinese warship ‘Yuan Wang 5’ arrived in Sri Lanka last month, the relations between India and Sri Lanka are showing signs of continuous distance.

But now its effects on the relations between the two countries are clearly visible.

On Monday, the Indian government tried to corner Sri Lanka at the UN human rights agency UNHCR over the issue of human rights of the Sri Lankan Tamil community.

Sri Lanka has said in its defense that it is working for the protection and development of human rights.

China, while defending Sri Lanka on this issue, has said without naming India that it opposes interference in Sri Lanka’s internal affairs in the name of human rights.

What did India say in this matter?

India’s Permanent Representative to the United Nations Inder Mani Pandey has said that the Government of India has always been of the view that it is the responsibility of countries to promote human rights and international dialogue and cooperation in keeping with the principles of the United Nations Charter. Is.

Expressing its concerns towards the Tamil community living in Sri Lanka, India said that there has not been enough progress towards the political solution that Sri Lanka had talked about to solve the ethnic problems. It was to empower the provincial councils through the 13th amendment of the constitution and to hold elections to the provincial councils as soon as possible.

The Indian diplomat also said that India recognizes that the path to peace and reconciliation in Sri Lanka should be within the framework of a united Sri Lanka which is justice, peace, equality and respect for the Sri Lankan Tamil community. Ensures

What did Sri Lanka say in its defense?

“Despite all the challenges, Sri Lanka is making significant progress towards the protection and reconciliation of human rights through independent democratic institutions,” he said.

He has said that the people of Sri Lanka, one of the oldest democratic communities in Asia, have shown resilience and ability to face challenges while upholding their democratic values.

Sabri said that Sri Lanka’s priority at the moment is to get the economy back on track. But it is equally important for us to advance the human rights of the people of Sri Lanka.

What did China say on this issue?

After being surrounded by India, China has supported Sri Lanka.

China’s Permanent Representative to the United Nations, Chen Su, shared his statement to the UNHCR on Twitter and wrote, ‘I have expressed my full support for the protection of the sovereignty and independence of Sri Lanka. I request all parties to respect the rights of Sri Lanka to freely choose its path of development’.

Because in the same statement, India has also said that ‘the current crisis in Sri Lanka has highlighted the limits of the debt-based economy and its impact on living standards has also come to light’.

Analysts are pointing to China without naming it.

Yusuf Unjhawala, associated with Takshala Sansthan, wrote in a tweet, ‘India has expressed concern over the lack of significant progress towards a political solution to the problems of the Tamil community in Sri Lanka. Along with a debt-ridden economy, the development comes days after the arrival of a Chinese warship in Hambantota and India’s public concern over it.

What has been the position of India so far?

The Indian government wants Sri Lanka to accept the 13th amendment brought under the India-Sri Lanka Treaty in 1987.

But India has been avoiding to present its stand on the issue publicly.

Earlier on March 23, 2021, India abstained from the voting process in the resolution brought against Sri Lanka in the United Nations Human Rights Organization.

The proposal comes at a time when the Indian state of Tamil Nadu is heading towards assembly elections and the issue of Sri Lankan Tamil community is very important in Indian local politics.

But despite India’s objection to the Chinese warship ‘Yuan Wang 5’ stopping at Sri Lanka’s Hambantota port, the ship kept stopping there, after which India’s position seems to be changing.

Sri Lanka’s population is about 2.2 million, Sinhalese are the majority, while Tamils ​​and Muslims are the minority. The Rajapakse dynasty has been in power for many years.

In 1983, a civil war broke out between the Tamil rebel organization LTTE and the government.

The long war with the LTTE ended in 2009, the Tamil rebels lost, Mahinda Rajapaksa emerging as a hero.

Then Gotabaya Rajapakse was the Defense Minister who became President in 2019, he is the younger brother of Mahinda Rajapakse.

In 2022, after months of intense protests, Mahinda Rajapaksa resigned as Prime Minister and then Gotabaya as President.

Ranil Wickremesinghe was made first Prime Minister and then President, serving until 2024.

In Sri Lanka, the President is the head of the country, the government and the army.