Intensity in Jammu dengue wave. 279 cases in Jammu including 2 deaths, 187 cases in the city 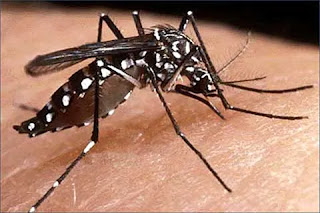 Jammu: Amid the spread of dengue in the Jammu region, which has so far claimed the lives of two people, including a woman, the health department may form a committee headed by state malarologist Dr Belo Sharma, an official said:

A woman from India recently died of dengue and a joint disease. The first death due to dengue occurred in Sundarbans Rajouri, an ATM guard. Form a committee to monitor the situation effectively and it will be headed by state malarologist Dr. Bello Sharma. ”The official added that a committee is likely to be formed in the coming days.

Director Health Services Dr. Reno Sharma said So far 279 cases have been recorded in the Jammu region. Dr. Reno said, “Out of these 279 cases, 187 dengue cases have been reported in densely populated urban areas of Jammu district like Rajiv Nagar Katchi Abadi, Rehari, Sarwal, canal areas like Bhagwatri Nagar, Jammu. He said that 15 cases under the age of 15, 108 women and 151 adults were also affected by dengue.

Despite the increase in dengue cases, he said the situation was not alarming and An example is given that the number of dengue cases increases every two or three years but decreases after November 10. “We are monitoring dengue cases in all the ten districts of Jammu province on a daily basis,” he said. The District Health Services said that some cases of dengue have been reported in an area of Kathua district with the state of Punjab but we have taken all appropriate steps in these areas several days ago.

However, they confirmed that they have been directed. They should form a cell headed by a state malarologist, though the situation is already being monitored by the health department. Presided over a meeting with officers of Chemistry, Blood Bank GMC Jammu, Medical Superintendent, GMC and SMGS Hospitals and Officers of Emergency, GMCH Jammu in which GMC and its affiliated hospitals I reviewed the readiness for the management of dengue cases. An official said that 38 dengue patients have been admitted in GMC Jammu Hospital.

The official added that the hospital has also decided to increase the capacity of beds to 64. In addition, an official shared official dengue data from the districts, according to which 17 in Samba, 30 in Kathua, Odhampur-Rajouri. 5-5, 4 in Reasi, 1-1 in Poonch, Doda and Ram Bin districts.

Read and earn abroad, VisaSmile International introduced in Jammu You can start earning from the day you reach your chosen destination: Rochi Chauhan Khan