Minus one will not work: Arshad Mahmood

by Web Desk
in News
Reading Time: 4 mins read
A A
0 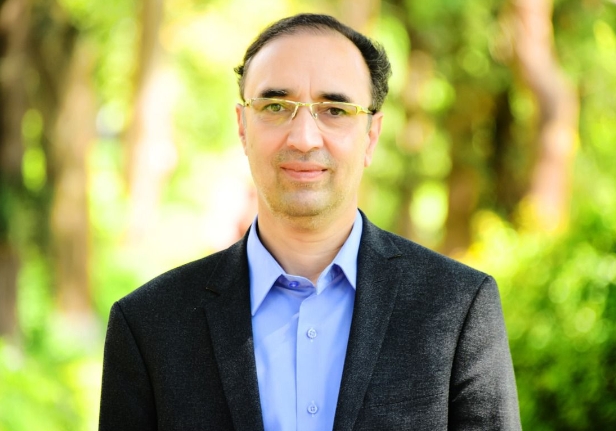 There is talk that the Minus One formula is being worked on rapidly. Several cases are pending in the courts to remove Tehreek-e-Insaf chief Imran Khan from the scene, which can at least keep him out of the election game. The Election Commission has already registered against him. The sword of the ongoing case in the Islamabad High Court is hanging over the head. There is much more in Omar Aiyar’s Zanbeel, this is just a sample of the best.

The experiences of the past are evidence that every attempt to divert the popular political leadership has to bear irreparable damage to the country. When Sheikh Mujibur Rehman raised the flag of victory in the election, the power was handed over to him. So the country was ruined. Zulfiqar Ali Bhutto, the most popular leader of his era, was hanged on the pole. People did not accept the court decision. Even those who shared the lid on Bhutto’s execution also admitted their mistake and regretted for a lifetime that they were complicit with Zia-ul-Haq.

Nawaz Sharif was expelled from the House of Power three times on different pretexts. Benazir was not allowed to complete her term twice by conspiratorial presidents. Even the land of Pakistan was narrowed on her. She has been in exile in UK and Dubai for many years. He returned home and started political activities. At the peak of fame and popularity, he was sent to Larkana in a coffin. The whole country was overwhelmed with grief and sorrow.

Sheikh Mujibur Rahman’s daughter is still the Prime Minister of Bangladesh. PPP is not only the ruler in Sindh, but now it is co-power in the federal government as well. Pervez Musharraf pushed hard for the end of the Non-League. But the Non-League and Nawaz Sharif are a major political reality in Punjab. So it has been proved that political realities can be suppressed by the state machinery, not erased. The atonement for a mistake is not to repeat it, but the lesson of history is that powerful classes do not learn from mistakes, they repeat them. Naiveness is expecting different results.

The days when the sun of traditional print and electronic media was setting and the sun of social media was rising. Imran Khan’s politics started to make a home in people’s hearts. Lovers of newspapers and TV, mobile phones and social media have become enthralled. The experience of social media has not only captivated the youth but also attracted the elderly. . Thousands of Tehreek-e-Insaf volunteers made full use of these modern tools to convey the party’s narrative to the masses in a comprehensible manner. It doesn’t matter whether television channels show Imran Khan’s rally or not because listeners of Imran Khan are constantly connected to Facebook, Twitter space,

and dozens of other platforms that are beyond the control of the administration.
PTI is actually not a strong political party but is still a movement. It revolves around Imran Khan first and last. More than 90% of PTI supporters like Imran Khan only. They are inspired by his speeches and interviews. On the basis of this, political narratives are spread. The electives within the party also need Imran Khan’s support. Because the vote of Imran Khan’s supporters is found in a large number in every constituency. If that vote goes to Imran Khan’s nominated candidate, then the dream of victory becomes a reality.
The question is, if Imran Khan is disqualified, then what will be the political scenario? His coin will continue to circulate within the PTI.

The election will be fought in his name. Imran Khan’s supporters will also vote in favor of this Jogi who will associate the name of Imran Khan. If Imran Khan goes to jail, PTI will become stronger and more active. It will become easier to sway the sympathies of public opinion. The meetings will become bigger and more effective than before.
Pakistanis like brave, fearless leaders and enthusiastic leaders.

Bhutto’s politics or the rise of Nawaz Sharif. His popularity and public acceptance were also smoothed by continuous resistance. Repeats his point of view so much that his supporters memorize each point. The weaknesses of the country’s system that he exposes in conversation are public. Khan merely gives voice to public sentiments. Western media and human rights organizations will come to Imran Khan’s aid if he is kicked out of politics. There is a large section within Pakistan that is at odds with the ruling circles and they will also stand behind Imran Khan. The vast majority of Pakistanis abroad will also be angry. No one will be able to stop them from participating in anti-government activities. Pakistan itself will organize the Jag Hansai of Pakistan.

As far as the cases like Tosha Khana and foreign funding are concerned, if corruption cases worth billions have been entered into the office by changing the NAB rules, then these cases should also be forgotten. If defeated in the field, it will last longer.
Imran Khan and PDM should be allowed to compete with each other in the political arena. No one group should be pushed on the back and no one should be forced out of the game. The fun of the political game comes when many people take to the field with different ideas and manifestos. In the current political situation, the minus one formula is nothing but sin and pleasure.