New date of Azad Kashmir LG elections will be held on September 28, 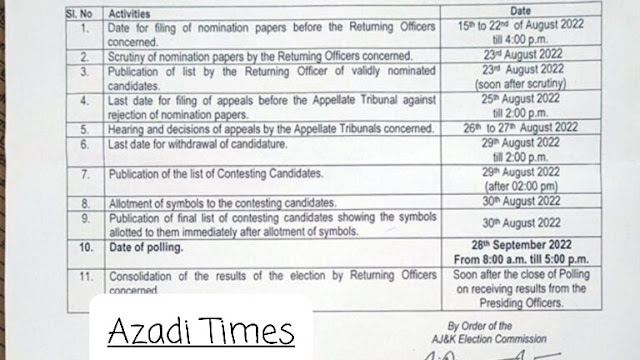 Muzaffarabad (Azadi Times News) The Chief Election Commissioner of Azad Jammu and Kashmir has announced the schedule of local elections in Azad Kashmir. The meeting was held on September 28.

According to the schedule, the nomination papers will be collected from August 15 to 22. On August 23, the documents will be scrutinized, while the lists of candidates will be displayed in front of the offices of the Returning Officer in the evening of the same day.

While polling will continue on September 28 from 8:00 am to 5:00 pm. According to the Election Commissioner, all arrangements have been completed to make the elections fool-proof.

The death toll rose to 76 during protests over the death...