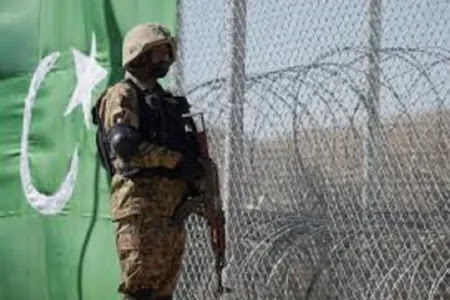 RAWALPINDI: (Azadi Times) Two Pakistan Army personnel were martyred in a cross-border firing on the Pak-Afghan border, according to reports:

Pakistan has strongly protested the attack from Afghan territory. According to the Pakistan Army Public Relations (ISPR), a Pak army check post on the Pak-Afghan international border was fired upon from across the border. Replied bluntly.

Three terrorists were killed and four others were injured in the exchange of fire. Terrorists targeted a military post from Afghan territory.

According to ISPR, the martyrs include Cop Jamal and Cop Ayaz. Jamal Mardan, a 28-year-old martyr, and Ayaz, a 21-year-old resident of Chitral, were among the victims.