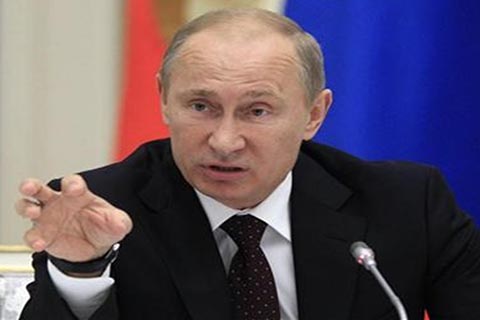 MOSCOW: Russian President Vladimir Putin has challenged Western nations to try to defeat Russia “on the battlefield” if they have a tail.

Putin says Moscow’s intervention in Ukraine ” Russia has barely begun, and he has challenged the West to try to defeat it in a war if possible.

The Russian leader also insisted that Moscow was still ready for peace talks. “We have heard today that they want to defeat us on the battlefield,” he added. So what can you say “Let them try,” he said. “We have heard many times that the West wants to fight us to the last in Ukraine.” This is a tragedy for the Ukrainian people, but it seems to be moving in the same direction.

The Russian president also accused the West of harming the Russian economy through sanctions and modernizing Ukraine. They are trying to wage a proxy war against it by increasing the supply of weapons.