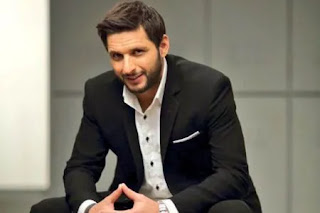 A video clip of Shahid Afridi circulating on social media in which he is seen praising the seemingly positive attitude of the Taliban in Afghanistan – in the clip Shahid Afridi said that there is no doubt that the Taliban have come at this time, and Come up with a pretty positive idea, something we haven’t seen before. Mashaallah, they are looking at a very positive attitude, they are allowing women to work, politics and other jobs.

He added that the Taliban are supporting cricket. Due to which the series could not take place. I think the Taliban love cricket very much. However, later referring to this video clip from the BBC, Shahid Afridi said that the statements made by the Taliban so far are very positive.

After which he hopes that this time the situation will be different. Shahid Afridi said that after the arrival of the Taliban by contacting every country is a matter of peace and love and not revenge. They have come this time with positive thinking. He is talking about good relations with all his neighbors. Shahid Afridi added, “The most important thing about the Taliban this time is that they are talking about giving women opportunities in education and employment in every field.

Now the Taliban have an idea.” What is the importance of women in society because society cannot function without women and it is well known that an educated woman means an educated society. Shahid Afridi said that it is a matter of fear of the Taliban. The reason for this is the image of the Taliban in the past but now the Taliban do not have the things that used to happen. Now they have changed a lot and this is also clear from their recent statements.

I hope that the Taliban will bring peace. Shahid Afridi said that the situation seems to be such that the Indian domination of Afghan cricket will not happen anymore because like other spheres of life, cricket is controlled by the Taliban. Take it in hand

Shahid Afridi says he has received the views of several Afghan cricketers and they all agree that cricket in Afghanistan will continue as before and these cricketers believe that cricket is not threatened by the Taliban.