‘She was not the empress of India, but she was the queen of millions of hearts in India’ – BBC News Urdu 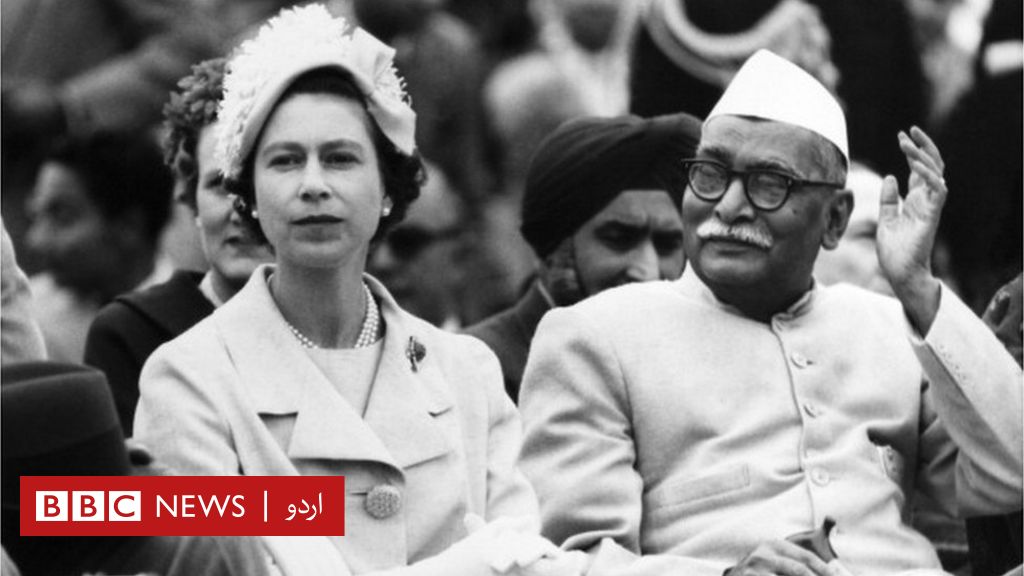 When Queen Elizabeth II visited India for the first time in January 1961, nearly a million people lined the route from the Delhi airport to the official residence of the Indian President.

The New York Times wrote ‘This week the citizens of India forgot their sorrows. Not entirely, but it seems to have receded into the background, as have economic difficulties, political strife, and concerns about communist China, the Congo, and Laos. Queen Elizabeth II is here and the capital appears determined to seize the opportunity.’

Trains, buses and bullock carts are bringing people to the capital, where they roam the streets and squares hoping to catch a glimpse of the royal couple, The Times wrote. “They see the Queen and Prince Philip, Duke of Edinburgh, as figures who made it possible for them to forget their sorrows and enjoy themselves,” the report said.

The paper wrote that ‘Elizabeth did not come to visit as the patron of an empire, but as a ruler who is on a level playing field.’ She was the first British ruler to ascend the throne after India’s independence from British rule in 1947.

The visit gave India an opportunity to demonstrate to a British ruler that ‘India was not in such a bad shape after Britain’s withdrawal from India as it had been expected to be’. Bases, new construction houses and office buildings, steel mills and their nuclear reactors etc.

For the royal couple, the six-week tour of the subcontinent was also an attempt to get to know India. British Path footage taken during the tour provides an interesting account of the warm reception the royal couple received.

The Queen visited the cities of Mumbai, Chennai and Kolkata (then Bombay, Madras and Calcutta) and visited historical sites such as the Taj Mahal, the Pink Palace in Jaipur and the ancient city of Varanasi (Benares). He attended several receptions and spent two days at a Maharaja’s hunting lodge and rode an elephant.

The Queen addressed an enthusiastic gathering of several thousand people at Delhi’s sprawling Ramlila Maidan. He reached the Taj Mahal in Agra waving through the crowd in an open car with no roof. He visited a steel plant built with British aid in West Bengal and met the workers.

In Kolkata, he visited a memorial built in memory of Queen Victoria.

A horse race was arranged for the couple at a local course and the Queen presented a cup to the owner of the winning horse.

The Queen traveled from the airport in Kolkata to the city in an open-top car with people crowding around the road. A reporter for the state broadcaster All India Radio, who reported on the trip, quoted an editorial in the Yorkshire Post as saying that she is not the empress of India, but the enthusiasm of the people shows that she is still in the hearts of millions of people living in India. is the queen of

Almost two decades later, in November 1983, the Queen made her second visit to India on the sidelines of the Commonwealth Leaders’ Summit.

The couple stayed in a guest suite at the lavish presidential palace, which, according to a newspaper, had been stripped of Indian furniture and other furnishings and decorated to resemble a viceroy’s residence. Officials said, ‘After repairing and cleaning dusty furniture in offices and museums, this suite was sent for decoration. Bed sheets, curtains and other furnishings have been changed to match the past.’

His last visit in October 1997, on the occasion of the 50th anniversary of the independence of India and Pakistan, took place against the backdrop of tragedy. It was the Queen’s first public outing since Princess Diana’s funeral.

The visit was also subject to some controversies. When she was about to visit Jallianwala Bagh, demands for forgiveness came from her. In 1919, hundreds of Indians were shot dead by British soldiers during a public meeting at this place.

A night before visiting the site in the northern city of Amritsar, the Queen said at a banquet in Delhi: ‘It is no secret that some painful events have happened in the past. Jallianwala Bagh, which I will visit tomorrow, is an example of this painful past. But no matter how much we wish and try, we cannot go back in history and change it. There are moments of both sadness and happiness in the past. We must learn from sadness and build a future on happiness.’

The speech failed to satisfy those who were demanding an apology from him, but the relatives of the dead were reassured by it and they called off a demonstration at the Amritsar airport.

Instead, the 10-mile route from the airport to the city was lined with cheerful flag-waving people.

At the city’s Golden Temple, Sikhism’s holiest shrine, the queen was allowed to enter wearing socks after removing her shoes.

The royal attire was the subject of interest and speculation in the Indian media. During her 1983 visit, a correspondent for India Today magazine reported that speculation ran rampant about almost everything the Queen wore. Sunil Sethi reported on the visit:

cried one of the reporters. ‘The Queen’s hat, what is it made of?’

‘And the clothes? What material?’

I asked ‘Are you the Queen’s designer?’

He replied, ‘No, just a reporter like you.’ Later I found out that he was a Delhi-based correspondent for the Times of London.’

The Queen enjoyed her time in India during her three official visits.

He later said, ‘The warmth and hospitality of the people of India and the diversity of Indian society has inspired us all.’