by Web Desk
in News
Reading Time: 9 mins read
A A
0 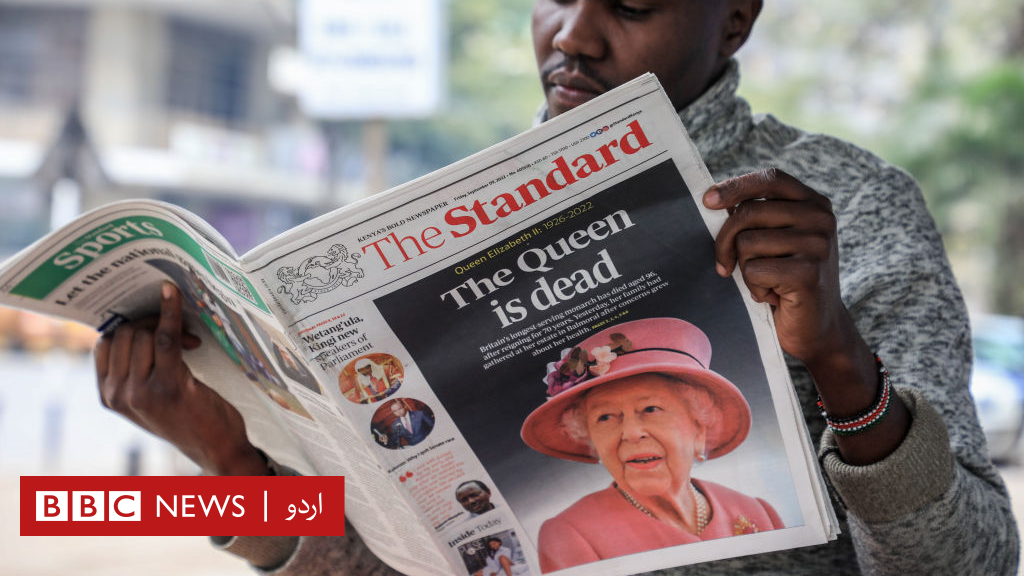 Many of Britain’s former colonies paid public tributes to the Queen, while others shared photos of the Queen visiting their countries.

But this definition does not include all. For some, his death has brought back bitter memories of colonial rule, when natives were brutalized, statues and artefacts from West African nations, gold and diamonds from South Africa and India were ‘stolen’, a neo-colonial system. The recognition of which became slavery and oppression.

While South African President Cyril Ramaphosa described the queen as an ‘extraordinary figure’ remembered fondly by many around the world, the opposition Freedom Fighters Party said she was ‘not among the mourners.’

The country’s third-largest party said in a statement that “during her 70-year reign, the Queen has never acknowledged the crimes committed by Britain and her family around the world” and “indeed, she proudly carries the torch of barbarism.” .’

“For us, his death is a reminder of the darkest period in this country’s and African history,” the statement said.

The tweets by Nigerian-American professor Ajo Anya hours before the Queen’s death sparked a heated debate.

One of them was even removed by Twitter for violating its rules. In another tweet, he wrote: ‘If anyone expects me to have any feelings other than contempt for a royal ruler who represented a government that killed half of my family. massacred and made them homeless and the consequences of which we are suffering till today, then this wish of theirs will not be fulfilled.’

His tweet is apparently a reference to the Biafran war that took place in the late 1960s. During this time, the British government supported and provided arms to the Nigerian government, during which the separatists of the Republic of Biafra were defeated.

Many others say that it is not part of African culture to curse a person after his death.

However, posts also surfaced calling for the return of the Star of Africa diamond, which was found in a mine in South Africa in 1905 and is now part of the British Royal Jewels. According to many people it was ‘stolen’.

Although the Transvaal government purchased the diamond as a gift to the British royal family as a token of loyalty, the general impression on social media is that the original owners are South Africans.

The $400 million diamond, the largest piece of which is mounted on the royal scepter, could pay for the higher education of 75,000 students, Twitter user Q Ban Linx wrote.

A similar protest took place in India, where the hashtag of ‘Mountain Noor’ became popular immediately after Queen Elizabeth’s death. This is a reference to the large diamond that the Queen Consort will now reportedly wear.

Other critics say that the Queen should have used her authority to ensure that the remains of those who fought against British colonial rule were returned.

People in Kenya and South Africa demanded the return of the heads of Kwetilel Semui, the leader of the Nandi opposition in Kenya, and King Hanstsa Kakhawala of the Xhosa state of South Africa, who was killed in 1835 and whose heads were used as trophies after their deaths. were taken to Britain.

The deaths of local people during the Mau Mau rebellion in Kenya were also remembered. Gitu wa Kahangri, who took part in the rebellion 81 years ago at the age of 17, recalls the time when he was beaten and deprived of food by British soldiers after being imprisoned in a camp.

“They took my land, my birthright,” he told Reuters news agency. But we are saddened by the Queen’s death because she was a human being.’

Kenyan President Uhuru Kenyatta, who described the queen as a ‘symbol of selfless service’, was criticized for declaring four days of mourning.

Former Botswana president N Khama also defended the queen, saying ‘no one can replace her.’

“Neo-demographic system is not something we want to remember, it was a dark age,” he said. The queen inherited it, she was not its architect. But they tried to undo the disadvantages of the neo-demographic system, they showed that they are not above us, that they should join our development and help us move forward as a nation.’

His position was that ‘Africa should see the Queen as a figure who ushered in a new era after a dark past.’

Many say that the queen never apologized for the crimes committed in the name of colonialism and empire.

However, the Queen did acknowledge ‘difficult’ and ‘disturbing’ moments, such as the 1919 Amritsar massacre in India where a British general ordered soldiers to fire on protesters in a garden from which they could not escape. could have been

Before visiting the site in 1997, the Queen expressed regret in a speech.

He had said that no matter how wise we become, history cannot be rewritten. It has moments of sadness and happiness. We must learn from sorrow and build anew on the foundation of joy.’