Sonamarg and Mansabal closed to tourists on Saturday and Sunday 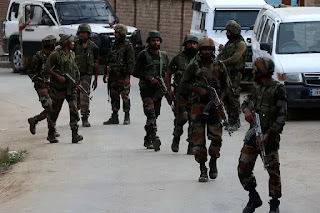 KANGAN: (Daily AMV Tribune) The Ganderbal District Administration has banned the arrival of tourists on Saturday and Sunday in the healthy places of Sonamarg and Mansabal:

According to the details received by Kashmir Azma, in view of the corona virus, the Ganderbal district administration has issued an order banning the movement of tourists to the health sites of Sonamarg and Mansabal. The order said that only tourists who have a confirmed hotel booking will be allowed to visit the two places. No tourist will be allowed to go to these places.

The district administration has directed the CEO of Sonamarg Development Authority Ask hoteliers to sanitize their hotels and respect SOPs.