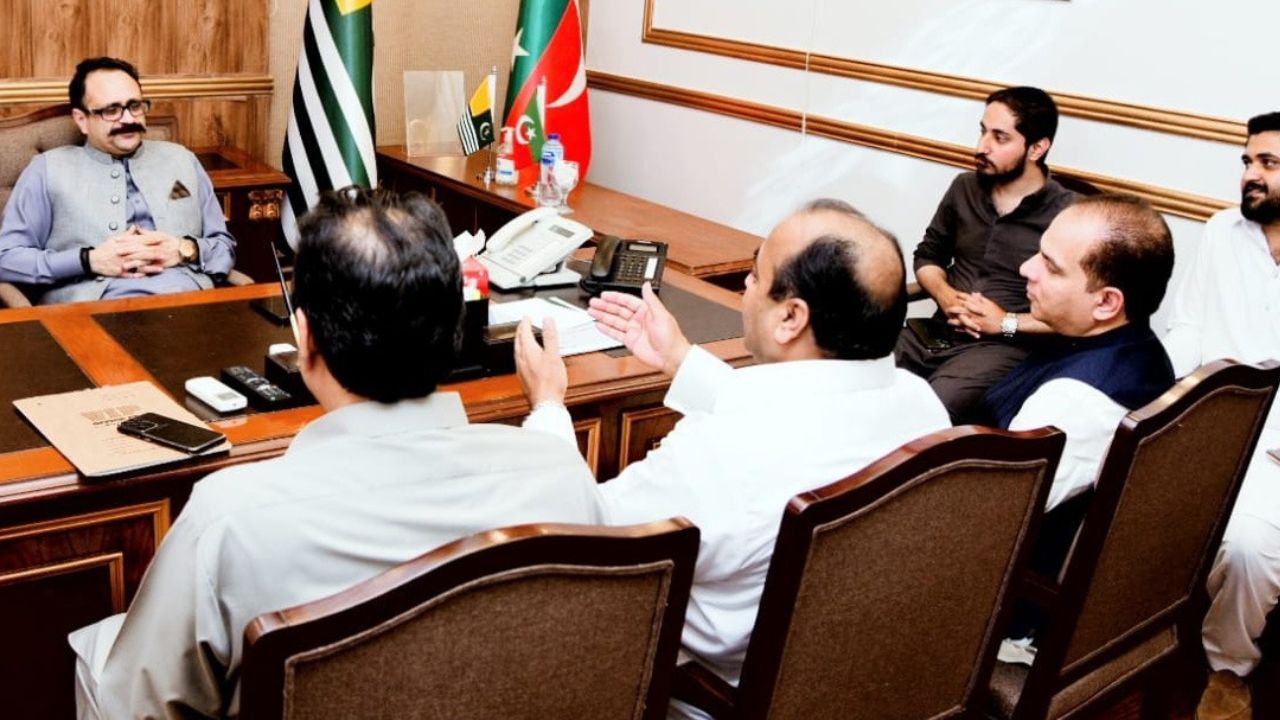 
ISLAMABAD (PID) Prime Minister of the Independent Government of Jammu and Kashmir Sardar Tanveer Ilyas Khan welcomed the UN Secretary General’s offer of mediation on the Kashmir issue and asked the international organization to take practical steps to resolve the Kashmir issue. while on the other hand he also said that the statement of the UN Secretary General not to accept mediation by India is enough to open the eyes of the world powers that India is playing with fire and destroying world peace. It is fried. Prime Minister Sardar Tanveer Ilyas Khan, in his response to the remarks given by Mr. Antonio Guterres regarding mediation on the Kashmir issue, said that the UN resolutions are the basis for the solution of the Kashmir issue. Who will not be allowed to succumb to India’s obstinacy. India’s position that “Kashmir issue is a bilateral issue on which international mediation is not acceptable” is also not acceptable for Kashmiris because Kashmiris sacrificed their lives for the right of self-determination and are continuously facing Indian brutality. India’s stubbornness of not accepting mediation and maintaining forced occupation is tantamount to playing with fire and destroying world peace. The prime minister said that serious violations of human rights are on the rise in Occupied Kashmir. The Indian Army has accelerated the massacre of youths in Occupied Jammu and Kashmir in recent days. The Indian Army is not only arresting innocent Kashmiri youths and putting them in jails, but also martyring many youths in jails and fake encounters. Sardar Tanveer Ilyas Khan said that the plight of Kashmiri Hurriyat leaders and activists in jails is also very deplorable. He appealed to the international human rights organizations to observe the plight of Kashmiri freedom fighters detained in occupied Jammu and Kashmir and Indian jails. Play your key role in releasing and solving the Kashmir problem according to the resolutions of the United Nations and the wishes of the Kashmiri people.