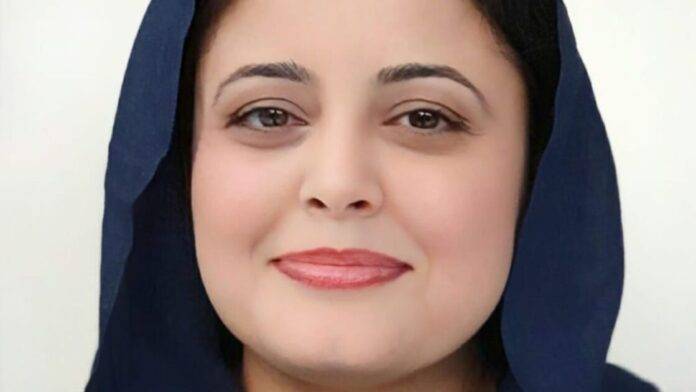 Wrapping up the usual tasks, getting ready, falling down, and leaving for college; As if he had not given any thought to the mind that is always a place of thoughts. On reaching the college, he received an order from the Shahi office to participate in a function.

Come on, where did you come from? So: riding in a modern style carousel. The stones of the wind masts arrived at the place where the signs of the opening ceremony of a dialysis center were very clear and bright.

So we also got lost in the crowd of dignitaries and guests present there. Now the small drops playing and walking in the sky alternately, freed their hand from the cloud and turned to the earth, but instead of staying here, they moved in a short while. They left in a different direction due to the wind.

They entered the dialysis center and saw that two separate units (General Ward and Isolation Ward) had been created in the building for the isolation and precaution of hepatitis B and C patients so that The spread of deadly disease could be prevented as much as possible.

Now the people there were introduced to modern machinery and equipment. which were brought with the support of philanthropists. By getting the services of the best doctors and specialists and bringing 5 machines into operation; According to the severity and nature of the disease, 2 patients were seen in isolation while 2 were benefited from the treatment facility in the general ward.

The treatment in this center had started a few days ago, while the intention was to attract the attention of the public through the opening ceremony today so that the people with heartache can also continue to be a part of this good work.

After the briefing by the honorable city doctors and staff, all the guests were guided to the Gulf Marquee Rawalkot for further proceedings and to attend the second session of the program and then they all reached there within some time. He A Qalandar and Dervish Manish’s ecstatic slogan Mastana thrilled my ears; It changed the world of the heart of a pure worldly person, it made a talisman in his heart and eyes: come to the aid of someone who is in pain… felt Indeed, the pain and boredom of some misfortune has knocked on my heart. An unconscious pang of pain began to descend on my soul.

And then the speakers emerging on the stage one after the other repeatedly changed the direction of the thoughts of the audience in the hall. Sometimes they put it in one direction and sometimes they turned it in another direction.

The fast and furious cry of the thought adorned the thought which was bound and brought into this bosom. Minds and hearts are being molded in a particular direction for a lofty purpose, and even that evil thought is dispersed like the clouds of the sky. No. This should not be the case. And it will not be the case.

Right Foundation is an organization registered regularly in 2021 for which Jihad had already started 6 years ago. The interesting thing was that this time a woman decided to lift this mountain alone in a society of men. All forbade a thousand; Lakh explained that this burden is not for weak shoulders, but one of the same genders patted the back, encouraged, and finally, this path was chosen. When this organization first extended its hand to the needy, Corona; To support the victims of Rawalkot and Kotli, in these areas; Fayzana generously contributed to the distribution of rations.

After that, apart from the places of Kot Mate Khan and Pothi Chapman, he also discovered water reservoirs under the water supply scheme in Palindri and allotted them for public benefit. Apart from this, delivery and distribution of warm clothes from Canada to the poor and deserving people of LoC and Kil Muzaffarabad was arranged.

Among all the welfare activities so far, the biggest project came in the form of setting up a dialysis center which is being linked to the government’s health care to achieve far-reaching results for the patients. I don’t know about mosques. I don’t know about the temples.

Accepting my humility and pain and pain, Javed Sadiq Sahib first introduced the organization and its stakeholders in Dehal. Zafar Hussain Zafar handed over the duties of hosting the stage. Dr. Zafar saluted the efforts of Right Foundation Chairperson Dr. Ezra Latif and her colleagues Prof. Rukhsana Latif, Prof. Mansha Khan, Shahzeb Shabbir Khan, and other hardworking philanthropists. He also referred to Hali’s poem in the context of hadiths: This was the first lesson of Kitab Hadi, Kaka Hai Saari Shabarak Kandiin Khuda Katanzim. Chairperson Dr. Ezra Latif while talking about the initial period of this work, young women in making it active.

Appreciate your efforts. Shahzeb Shabbir Khan requested the health department to immediately set up a cath lab in Rawalkot and give this organization access to the ambulance service of the hospital. Also, for the young generation to learn that instead of letting their fathers work hard, they have to work hard because in our era, facilities are much more than in the past, while hard work and passion are very little.

According to Iqbal, his message was this. Saying: They are yours, father, but what are you waiting for tomorrow with your hands on your hands? Giving suggestions in this regard, he called transparency, restoration of merit, and the trust of donors as important. He also gave the message that by going door to door to collect alms and donations, even a worker can show generosity in donating with a sense of responsibility.

His suggestions showed a heart-warming picture of the future that many private sector hospitals in Mirpur and other districts have successfully implemented projects. Sadiq Kayani Sahib; who offers generous donations; called taking money out of people’s pockets the most difficult phase and suggested creating awareness by forming different groups for this. Ashfaq Sahib donated a huge amount of Rs.1 crore on behalf of Naheed Foundation and Azra Latif Sahib Paying tribute, he gave the title of “Proud Daughter of the Earth”.

Raja Liaquat Kayani Sahib; who is one of the biggest donors to this organization; appealed to the people to donate generously and continuously. Kausar Hussain Shah Sahib highly appreciated the spirit due to which people spend their time for such charitable works. He advised working for the promotion of moral values to avoid social degradation. I do not want life, I do not want a hundred years, I want my friends to die, which is eternal.

Special and DG Health Dr. Aftab Ahmad Khan proposed to look into the causes of kidney disease and said that more people are needed to meet the shortage of trained people in this field. Asghar Ali Zaidi CEO; of CMH advised avoiding regional bias and treating the patient as a patient only so that everyone can be equally benefited. In the meantime, fundraising was also going on. The friends and organizations who gave generous donations include the following names: Amna Hospital, Begum Shahid and Friends, Khola Khan Sahiba, Singola Welfare Foundation, Professor Imtiaz Sahib, Ashfaq Sahib, Saima Sahib, Zameer Shah Sahib, Al Khidmat Foundation, Sardar Sayab.

Sir. In addition to these names, this organization was able to start this dialysis center only because of the generosity and generosity of many friends. Among these notable personalities are names like Siddique Kayani and Raja Liaquat Kayani. Along with this, it is very important to mention that there is a need for many kind hands in the future who will continue to water this tree with their selfless spirit. This is the pride of drunkenness.

At the end of the ceremony, a certificate was awarded to the students of Agriculture University by Safe Foundation for their interest and dedication to the rehabilitation of the flood victims, appreciating their enthusiasm. were given A large number of these students belonged to Gilgit-Baltistan, which has an immense wealth of sincerity in their hearts. Let it be such a cloud of spring, which is scattered and not short. Rather, people will break down on God. May the land become one, from which the village, the forest, the mountains, and the river will be blessed. (Amen)