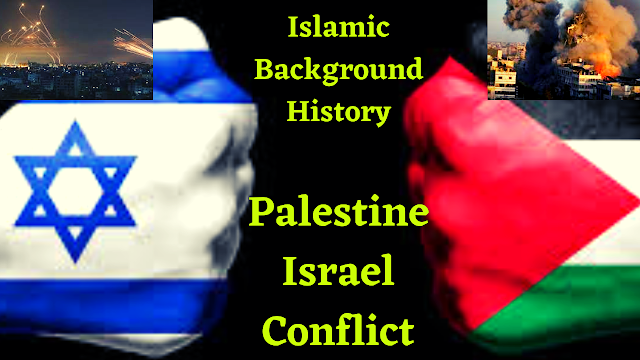 Today, the headlines of the world’s media are the Palestine-Israel conflict. The eyes of the whole world are on this holy land where Israeli aggression continues. Israel-Palestine is a conflict. Do we have much confusion about it and this conflict is always there? It is linked to religion, which makes us feel emotional whenever Israeli-Palestinian people get involved. Once upon a time, rallies were held and large rallies were held in solidarity with the Palestinians, but now the method of protest has changed. And now social media is being used for it.

The land of Palestine is considered sacred to the three Semitic religions, Judaism, Christianity, and Muslims. Judaism is the religion of Israel whose prophets descended on this land and the three kingdoms of the Jews around it. And Samaria remained in those areas. According to historical traditions, the Temple of Solomon, the holy place of worship of the Jews, was also in Jerusalem, where the Al-Aqsa Mosque now exists.

On the other hand, this place is sacred to Christians because, according to their traditions, Jesus According to the Muslim faith, Al-Aqsa is the place where the Prophet of Islam led all the prophets and from here they went to meet God. This is the religious background of this land.

Political and Ethnic Background of Israel and Palestine

Now let’s turn to the political and ethnic background today. The two claimants to this land are Israelis and Palestinians. Who are these two and where did they come from?

According to ancient Palestinian historical traditions, the Canaanite tribes migrated from the Arabian Peninsula to the area between the Mediterranean and the Jordan River 2500 BC, and so did the Philistines from the island of Crete between Greece and Turkey. The union of the two settled tribes gave rise to the Philistine or Palestinian nation, and the region was named Palestine during the Roman Empire, which is why today’s Palestinians do not call themselves Arabs since the seventh-century Arab conquest of Islam. Rather, they associate their relationship with the pre-Islamic settlers who came from Arabia and settled here.

Who is Israel, Israel Islamic History and Background

Israel Israel was the name of Hazrat Yaqub (A.S) and the nation of Israel was the name of the nation made up of their descendants. Jacob was the grandson of Hazrat Ibrahim and Hazrat Ishaq. There were sons. The Israelites left Egypt in 2000 BC and came to these areas. After wandering in the Sinai Desert for forty years, they entered these areas, fought with the local people, and occupied and established their kingdoms here. Judah, Samaria, and Israel were strong states With the passage of time, these empires fell and the Israelites were exiled, sometimes at the hands of Bakht Nasr, sometimes at the hands of the Greeks, sometimes at the hands of the Romans. The Israelites had nothing left. After the defeat of the Ottoman Empire, Britain occupied it and in 1948 divided the land of Palestine into two parts, one named Israel and the other Palestine. The establishment of Israel is a global project. The Israelis filed their ancient claim to these territories and strengthened their hold over time, and today the Palestinians have nothing but the Gaza Strip and the West Bank.

The PLO has always represented the Palestinians for years, following the Oslo Accords in 1939 and the death of Yasser Arafat in 2001. Religious organization Hamas became its pioneer And this Palestinian national movement turned into an extremist religious movement which benefited Israel because the world could not stand with the Palestinians on the basis of religious claims and thus Israel destroyed the Palestinian national movement with a systematic strategy. And the scales of the world tilted to its side because as long as the issue of Palestine remained a national issue, most of the world supported it. Some countries recognized the Palestinian government and provided aid, but now the world is reluctant to Even if the world remains silent on the naked Israeli aggression, the oppressed nations around the world need to learn that religiously motivated movements are not acceptable to the world today.

Secular and national movements are also today on the path of peaceful struggle. They can take their place in the world. Otherwise, the movements are easily crushed by accusing them of terrorism. The Palestinian-Israeli conflict also needs a political solution, not a solution through oppression.