Fipwasa’s proposal to close universities across the province 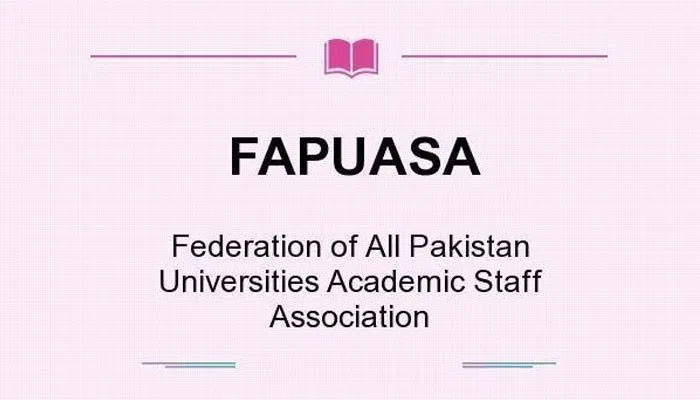 Federation of All Pakistan Universities Academic Staff Association (FAPWASA) Sindh President Professor Shah Ali ul Qadr has said that if the letter of permission for appointments from grades 1 to 22 in the universities is not withdrawn immediately, then the universities across the province will be closed. can do

He expressed these views while addressing the press conference organized in University of Karachi, on this occasion representatives of employees and officers association were also present.

Addressing the press conference, he said that now the vice chancellors appointed by the Sindh chief minister have to write a letter to grade 20 officer Mureed Rahimo for permission to appoint from Khakroob to higher grades.

President Prof. Shah Ali-ul-Qader said that Murid Raheem wants to convert public universities into public schools and colleges where people no longer like to send their children.

He said that today’s press conference is a part of the university rescue campaign. Even before this, Secretary Universities and Boards Mureed Rahimo has forcibly postponed the establishment of the teacher selection board in February this year, for which we have postponed the teaching process for 14 days. What was the boycott?

He further said that we are being given instructions while trying to control the universities for a few months. The Secretary Universities and Boards are exercising the powers vested in the Universities under the Constitution and Law.

He demanded the vice-chancellor of the University of Karachi to immediately call a meeting of the syndicate and take up this issue.

The Secretary Universities and Boards is merely a member of the Syndicate but any such letter is inadmissible.

Addressing the Chief Minister of Sindh, he said that if this letter has been issued by your will, then withdraw it and if your permission is not taken, then the Secretary Universities and Boards should be changed immediately.

There is no money to pay salaries in the Institute of Clinical Psychology and Applied Economics Research Center of the University of Karachi. We demand the federal and provincial governments to double the funding of the universities.

Sara murder case: The accused tried to destroy the evidence by breaking his and the victim’s phone