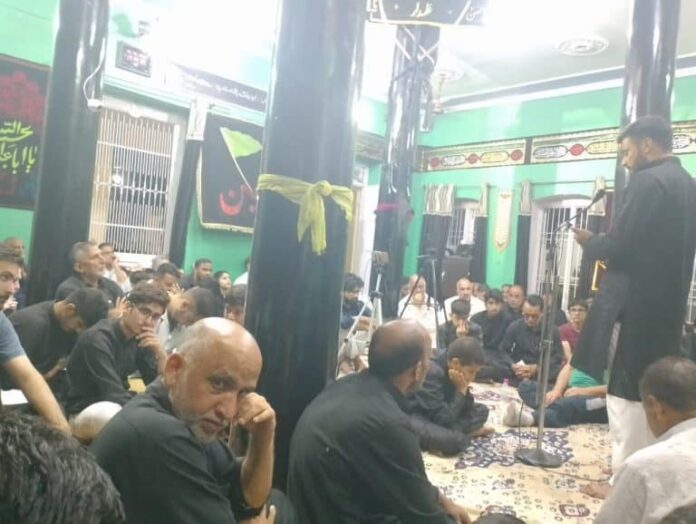 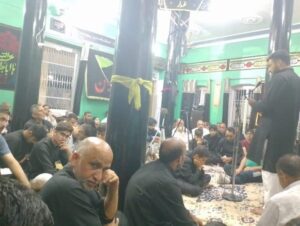 Poonch: 25th night of Muharram 1444 Hijri according to 23rd August 2022, on the occasion of the night of martyrdom of Imam Sajjad, the grandson of the Prophet (peace be upon him), a funeral meeting was held at Imambargah Aliya, Poonch.

(Azadi Times – Latest News), A large number of mourners participated in the mourning majlis and mourned the martyrdom of Maula Imam Sajjad (a.s.). During the presentation of Majlis Hujjat-ul-Islam was Muslimeen, Maulana Syed Karar Hussain Jafari addressed and said that Ali bin Hussain bin Ali bin Abi Talib (38-95 AH) known as Imam Sajjad and Zainul Abideen, the fourth Imam of the Shias and Imam Hussain are the children of He held the position of Imamate for 35 years.

Imam Sajjad was present in the event of Karbala but could not participate in the battle due to illness. After the martyrdom of Imam Hussain, the soldiers of Umar bin Saad took him to Kufa and Syria along with the prisoners of Karbala. Because of his sermons in Kufa and Syria, people became aware of the position and status of the Ahl al-Bayt.

He said that the incident of Hara, the Movement of Tawabeen, and Qiyam Mukhtar took place during his Imamate. Collected in The book, Risal al-Hawq, man’s responsibilities towards God and His people, are also attributed to him. According to some Shia hadiths, Imam Sajjad was martyred by poisoning under the orders of Waleed bin Abdul Malik.