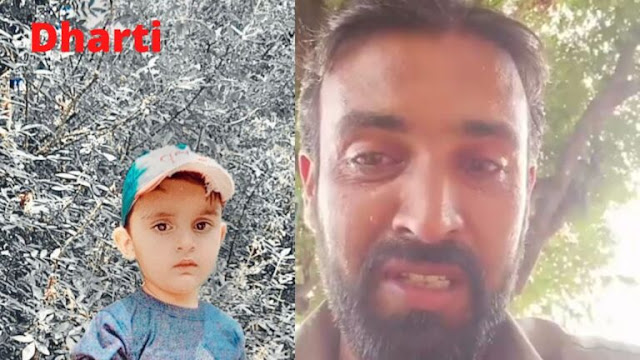 Rawalakot: (Azadi Times News) – Arsalan, A three-year-old boy who went missing from the Red Zone area of Pakistan’s capital Islamabad, could not be recovered for more than three weeks:

Muhammad Zubair belongs to Rawalakot (Pakistan-administered Kashmir) has alleged that her child has been abducted and the police of Secretariat Police Station Islamabad are harassing her family instead of recovering the child.

Some accused will be named in the FIR but they Instead of taking him into custody, the police detained the child’s mother and grandmother for ten days.

Quaid-e-Azam University is the only road from where vehicles come and go and CCTV cameras have been installed at various places along the route. Heirs say the police are harassing them to end the case.

Otherwise, only the family members will be taken into custody. Mohammad Zubair runs a small tea hotel near Bangui and he came to power. Zad has appealed to Kashmir to help him in his recovery.