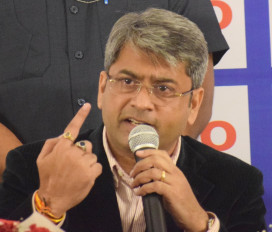 Digital Desk, Kolkata. All India Football Federation President Kalyan Choubey announced plans to expand women’s football and launch a new age group league to nab the best talent at an early age. During a media interaction here on Thursday, Choubey said, “We are soon starting the Under-17 Women’s League in India in collaboration with the Sports Authority of India.

Indicating that he wants to maintain full gender equality in Indian football. The AIFF president said the federation plans to introduce a minimum wage cap for players in the Indian Women’s League (IWL).

Choubey said, it is not right that there should be a huge difference in the honorarium of footballers at the level of men and women. All efforts should be made to restore the balance. Dr Shaji Prabhakaran, General Secretary, AIFF, Avijit Paul, Member, Executive Committee, AIFF and Sunando Dhar, Deputy General Secretary, AIFF were also present on the occasion.

The AIFF President revealed that the newly-elected committee plans to take Indian licensed coaches and professional footballers to a level where they will soon be the most sought-after people in their own profession globally.