Record increase in milk production in Jammu and Kashmir 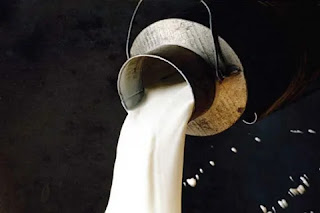 SRINAGAR: The scope of white revolution is widening in Jammu and Kashmir as more and more people in rural areas are raising cows in their homes while the trend of setting up ‘dairy farms’ among educated people including youth is on the rise:

Relevant government officials attribute this success to the ‘New Integrated Dairy Development Scheme’. After the introduction of the scheme, milk production has increased to more than 2.53 million metric tons, whereas before the implementation of the above scheme, the annual milk production in the year 2018-19 was 2.46 million metric tons. The scheme was launched with a budget estimate of Rs 1,830.16 lakh under UT Capex during the 21st century. Includes market infrastructure, including milk ATMs, milk transport systems, etc.

According to a media report, an official document reveals that under the ‘New Integrated Dairy Development Scheme’, 1105 new dairy units have been set up in Jammu and Kashmir in which 5525 high yielding cows and buffaloes are being reared while their The new dairy units directly created employment for 1105 people. Apart from the new ‘Integrated Dairy Development Scheme’, Rs.14 crore was released for Jammu and Kashmir under the Central Sector Scheme National Program on Dairy Development Capacity should be increased from 1.05 LPD to 2.5 LPD. The official document said, “Under the CSS National Livestock Mission, 50 to 75 per cent subsidy has been given on insurance premium for 46,000 dairy cattle. In the processing sector, 20 bulk milk coolers, cheese makers.” Machines, marketing facilities including milk ATMs and milk transport vans and milking machines for scientific collection of milk have been provided to about 111 beneficiaries.

It has been said that a total of 1200 beneficiaries have been given full-time employment under this ‘Integrated Dairy Development Scheme’. The gap between supply and demand of products and building entrepreneurship in this sector could be bridged. It is believed that according to the 20th census conducted in 2019, the livestock population in Jammu and Kashmir is 8.2 million.