The attitude of the Taliban may be different, give them a chance: British Army Chief 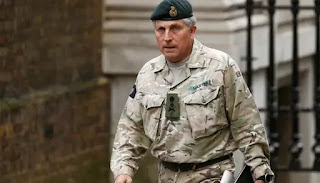 (Daily AMV Tribune) The British army chief says the Taliban’s attitude may be different this time around, so they should be given a chance:

Given a chance, the Taliban may emerge in a more appropriate manner this time. General Nick Carter said he was also in contact with former Afghan President Hamid Karzai, who met with the Taliban delegation.

On the other hand, the statement of the British Army Chief has sparked a new debate in the UK where lawmakers, journalists and others have raised objections and the Army Chief’s assessment is being called wrong.