Who are the Taliban and what is their history? 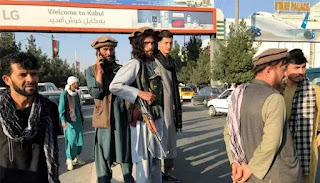 KABUL: The Afghan Taliban entered the Afghan capital Kabul on Sunday after the fastest advance in the past week and the withdrawal of Afghan forces from several districts:

Here are some important facts about the history and ideology of the Taliban:

In the Pashto language, the Taliban means ‘students’ who emerged from the southern Afghan city of Kandahar in 1994. They were one of the Afghan militant groups fighting for control of the country after the withdrawal of the Soviet Union. The founder and leader of the Taliban was Mullah Mohammad Omar, who went into hiding after the fall of the Taliban government. Within two years of its emergence in 1994, the Taliban took complete control of most parts of the country, including Kabul. In 1996, he announced the establishment of the Khilafah with an interpretation of Islamic law, while other Mujahideen groups fighting for power moved to the north of the country and were confined to that area. , Northern Alliance and other anti-Taliban fighters entered Kabul in November under the guise of heavy US airstrikes.

US Secretary of State Anthony Blanken said earlier this month Afghanistan is in danger of becoming a very unpopular state in the world if atrocities are committed. However, other countries like China have cautiously indicated that they can recognize the Taliban as a legitimate government.