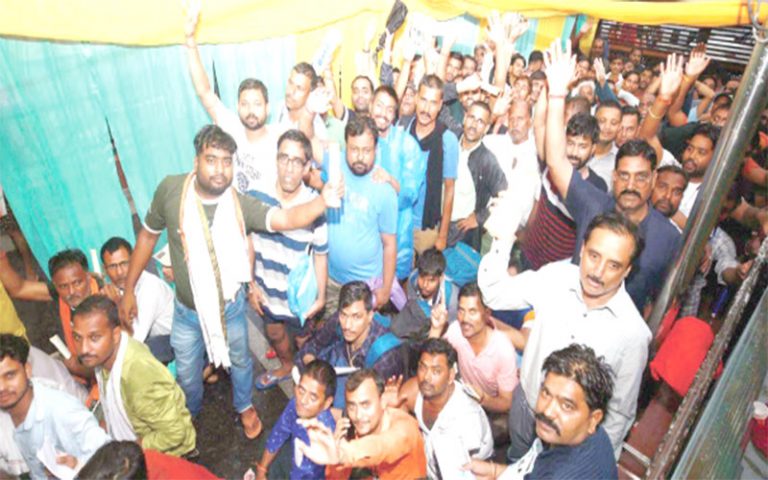 Srinagar: Officials said on Sunday that 5 pilgrims have died since the beginning of Amarnath Yatra this year, though so far more than 40,000 pilgrims have visited.

Azadi Times: Officials said that a pilgrim named Varinder Gupta was missing from Chandan Wari Sheeshnag road. Three of the five died of heart attack. Devinder Tayal (53) of Bareilly died in a cave in Delhi’s Jai Prakash’s Chandan Wari and Lipu Sharma (40) of Bihar died in Qazigund camp. Asho Singh, 46, from Rajasthan, died after falling from a horse at MG Top.

It started on June 30 and will end on August 11. Meanwhile, another consignment of pilgrims left for Amarnath.

The fifth batch of more than 8,700 pilgrims left Jammu base camp on Sunday. The pilgrims left Bhagwati Nagar Yatri Nawas here in a convoy of 326 vehicles, officials said.

He said that 2,618 pilgrims on their way to Baltal first left Bhagwati Nagar camp in 121 vehicles at 3.30 am and then another convoy of 205 vehicles left for Pahalgam with 6,155 pilgrims.