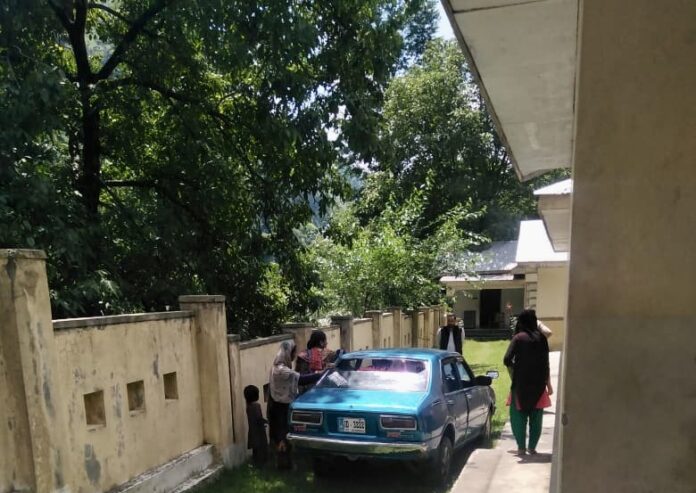 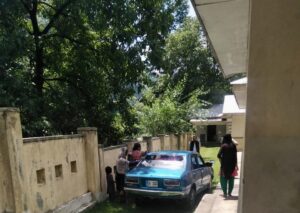 HATTIAN BALA – (Azadi Times) A resident of Gehal Jabra told Azadi Times that a delivery patient who came to the BHU of the Health Department in the Union Council Chakhama area of Jhelum Valley district (Pakistan-occupied Kashmir) gave birth to a child in a car due to lack of basic facilities.

On Saturday at 11:00 a.m. a pregnant woman was brought to BHU Ghal Jabra. The LHV posted at BHU behaved in a disrespectful manner and treated the patient in the worst way in history and started an operation inside a public car when the situation went out of control.

The relatives of the patient were told to refer Hattian Bala or Chinari, after which an attempt was made to shift the patient through a local vehicle, but the woman gave birth inside the vehicle. According to local people, the hospital staff showed extreme negligence. There are wards and beds inside the BHU, but where is the justice for the staff to operate inside the vehicle? The poor will continue to be treated like this. The entire staff is incompetent and allegedly recruited as political consultants.

The level of cruelty is that watchmen and peons have also become doctors and patients are treated worse than beasts. that the mother has died during this, will it be taken into account Health Minister Ansar Abadali and other irresponsible staff should be taken action BHU Ghal Jabra Union Council is the only hospital in Nadjian which has a building with all the facilities?

Still, why are humans being treated like beasts? The employees go to duty at 10 o’clock a day and if asked, they immediately use political influence and say that no one can harm us. It should be done and the employees guilty of negligence should be made a lesson.