Mirwaaz is not under detention, can go wherever they want: Lieutenant Governor 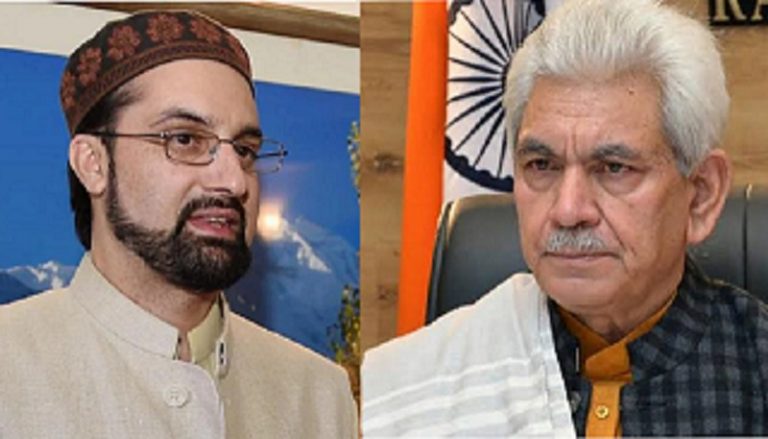 SRINAGAR – (Indian-Occupied Kashmir’s Capital) Jammu and Kashmir Lieutenant Governor Manoj Sinha says that Mirwaiz Umar Farooq has not been detained, he is at his home, and security forces have been deployed there to protect him.

BBC Hindi K During an interview with Jammu and Kashmir Lt. Governor Manoj Sinha said, “Mirwaiz Umar Farooq has not been kept under house arrest, police have been deployed around him to ensure his safety. Coins.” He added, “PSA (Public Safety Act) was not imposed on them even in 2019.

They are not under detention, they have to decide what they want to do.” The lieutenant governor told the BBC that his father was also killed, unfortunately. Police are placed around them to ensure their safety, and let them decide for themselves what they want to do. They are neither imprisoned nor under house arrest. There is no security guard stationed at his house, he can go wherever he wants.