You may have heard that the Kashmir issue will be resolved in accordance with the UN resolutions and you may have supported this position and you should do so but you know what the UN resolutions were and the decision taken by the UN Security Council. What was it? In fact, when the issue of the state of Jammu and Kashmir was raised in the United Nations, what was the written decision issued by the United Nations on August 13, 1948? In fact, many Kashmiri people do not know yet 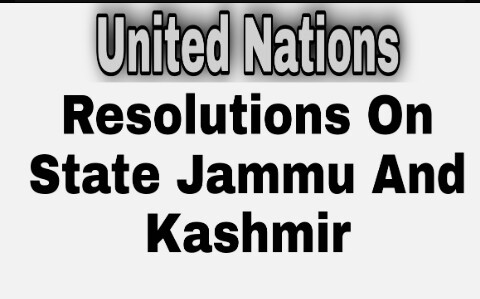 UN Resolutions on Jammu And Kashmir

What you say about Kashmir Issue and about the Cause of the People Of Jammu Kashmir, tell us in comment section.