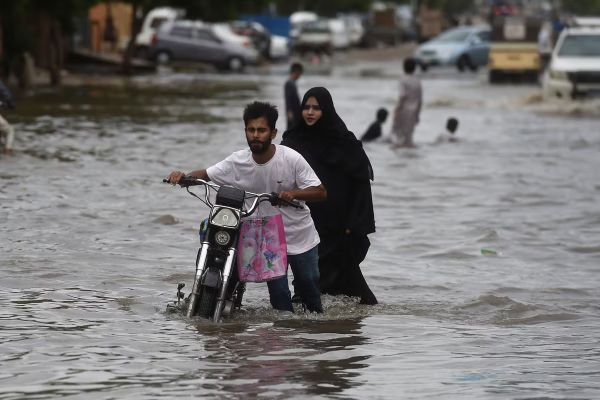 Islamabad: July 14, A total of 165 people have been killed and 171 others injured in separate accidents related to the pre-monsoon rains in Pakistan since June 14:

The National Disaster Management Authority (NDMA) reported this, Pakistan. South-western province of Balochistan was the most affected area where 65 people have been killed and 49 injured due to heavy rain. A sudden flood situation has arisen here due to continuous rain.

The local media has reported several incidents of dam bursting, which washed away many houses and infrastructure. In a statement, it has been said that similar rains have been predicted in the province for the next one month and in view of this, Section 144 has been implemented here.

Under this, people will be banned from going for picnics near rivers, dams and other water bodies, and swimming in them will also be banned.

The country’s climate change minister Sherry Rehman said in a tweet on Wednesday that Sindh and Balochistan are still under heavy monsoon for the past 13 days. Is . During this period, 625% and 501% more rain has been received than the average of the last 30 years respectively.