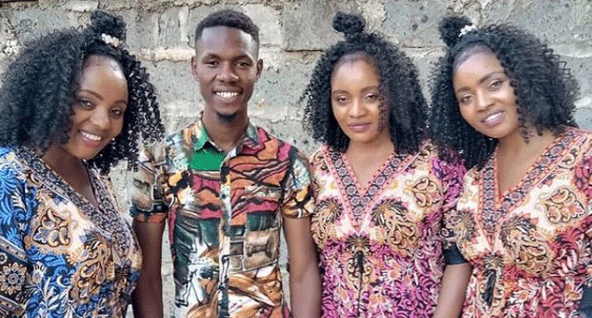 Kenya (Monitoring Desk) Three identical sisters born together have given their heart to the same boy and have expressed their intention to marry him:

Azadi Times: However, the incident has sparked a new debate in Kenya. He is being talked about in Kenyan media and social media these days. The three sisters confessed to having contact with the same young man and named him Steve.

The three sisters have even decided on which of these days, which one of them will talk to or meet this young man. Kate first befriended the young man and mentioned it to her sister and showed it to Steve on YouTube.

At that moment, Mary liked the boy, and then her third sister, Eve, finally expressed her love.

The three have chosen the same boy. They admit that they meet the young man and have fixed working hours for him and Steve gives them the same time. Thus, on Monday, Tuesday and Wednesday, the three sisters go to meet separately. Steve writes online and has made a lot of money from the agency. Steve said he wanted to have more than one wife and his wish is being fulfilled.

“I will always try to be loyal and honest. When I told my first girlfriend I wanted to have more than one marriage, she left me but now Kate, Eve and Mary love me equally. ‘However, the three sisters still did not talk about marriage. Yes, but she has said that she will marry all three of them