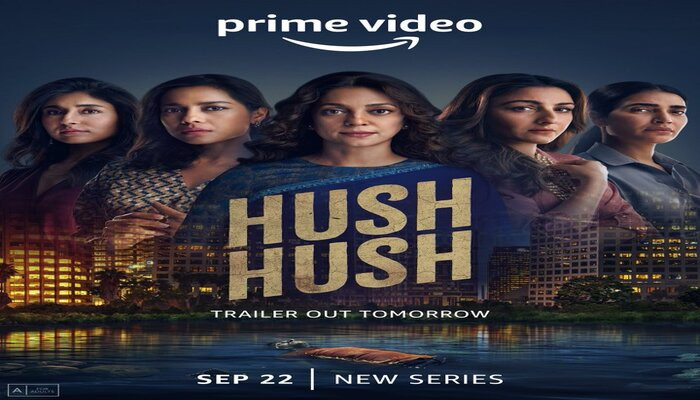 The drama is produced by Vikram Malhotra’s Abundantia Entertainment and co-created by much-admired director Tanuja Chandra.

The trailer reveals the life of four friends who led a good life and suddenly got stuck into a pit-hole of lies, dishonesty and secrets. Their lives are completely turned upside down when a cop named Geeta sets out to untangle the mystery involving Ishi’s childhood friend Meera.

The role of the lady cop is played by Karishma Tanna, whereas the childhood friend Meera is Ayesha Jhulka.

The series is based on seven episodes and will mark Juhi Chawla and Ayesha Jhulka’s OTT debut.

Hush Hush was officially announced by Amazon last year on International Woman’s Day. The drama will be released for the prime members in 240 countries including India on the 22nd of September.