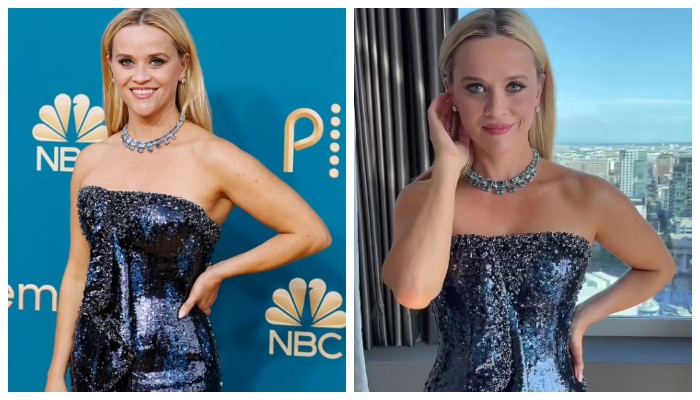 The 46-year-old actress put on a stylish figure at the high-profile event as she posed for a set of photos before making her way towards the function’s main area.

The Legally Blonde star has been put up for the Award for Outstanding Lead Actress in a Drama Series for her work on The Morning Show.

To add more glamor to her look, the Academy Award-winning performer also rocked a chic set of jet-black high-heeled shoes.

The Election The star accessorized with a gorgeous necklace and a glittering pair of earrings.

Witherspoon also shared a video to her Instagram account, in which she was seen getting ready for the awards ceremony, on Monday afternoon.

The actress portrays Bradley Jackson in The Morning Show, which premiered on the Apple TV+ streaming service in 2019.

The Morning Show, which has run for two seasons, has received widespread critical acclaim ever since its debut.