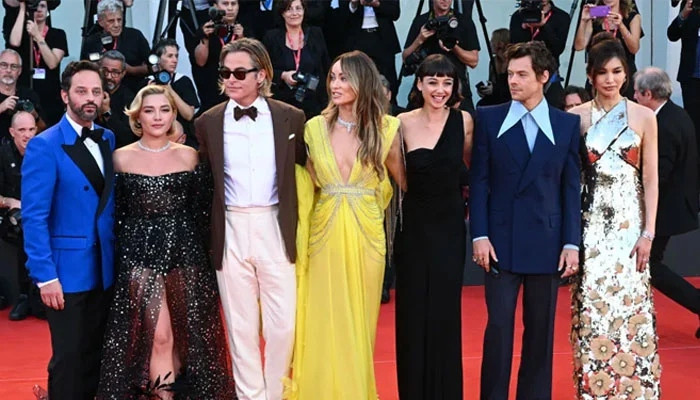 
Filmmaker-actor Olivia Wilde opened up about why actor Florence Pugh has not been more vocal about her or their movie Don’t Worry Darling, on social media platforms.

In a new interview with Vanity FairOlivia reacted to a rumor of neglecting Florence.

It is very rare that people assume the best from women in power. I think they don’t often give us the benefit of the doubt. Florence did the job I hired her to do, and she did it exquisitely. She blew me away. Every day I was in awe of her, and we worked very well together.”

“It is ironic that now, with my second film—which is again about the incredible power of women, what we’re capable of when we unite, and how easy it is to strip a woman of power by using other women to judge and shame them—we’re talking about this,” Olivia said.

Reacting to Florence’s silence about the movie and Olivia, she said, “Florence is one of the most in-demand actresses in the universe. She’s on set on Dune. I gather that some people expect for her to be engaging more on social media. I didn’t hire her to post. I hired her to act. She fulfilled every single expectation I had of her. That’s all that matters to me.”

“Florence’s performance in this film is astounding. It’s just baffling to me that the media would rather focus on baseless rumors and gossip, thereby overshadowing her profound talent. She deserves more than that. As does the movie, and everyone who worked so hard on it.”