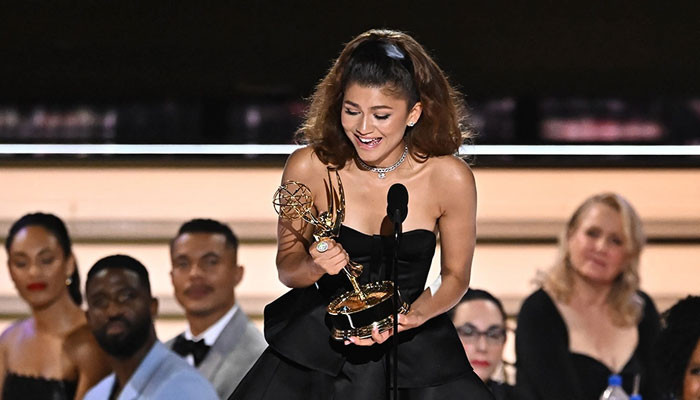 
Zendaya won her second Emmy for Outstanding Lead Actress in a Drama Series for Euphoria on Monday night, September 12th. The actor had won the same award in 2020 for her performance as Rue.

Kelly Clarkson presented the award to the Dune actor and she went ahead to give an emotional acceptance speech. Zendaya began by thanking all her fellow nominees and added that she felt “honored” to be beside them.

“Lastly, I just wanted to say my greatest wish for Euphoria was that it could help heal people. I just want to say thank you to everyone who has shared their story with me. I want you to know that anyone who has loved a Rue, or feels like they are a Rue. I want you to know that I am so grateful for your stories,” Zendaya added as she got emotional.

While some may say that the actor is the youngest person to have won multiple performing Emmys, which is not true. This honor was already taken up by Kristy McNhol, who won Outstanding Supporting Actress in a Drama Series for her work on Family in 1977 and 1979, when she was 15 and 16 years old.

The Emmy Awards 2022 were held in a packed studio audience at the Microsoft Theater in Los Angeles.