‘Blonde’: Ana de Armas shares the ghost of Marilyn Monroe was on set during the shoot 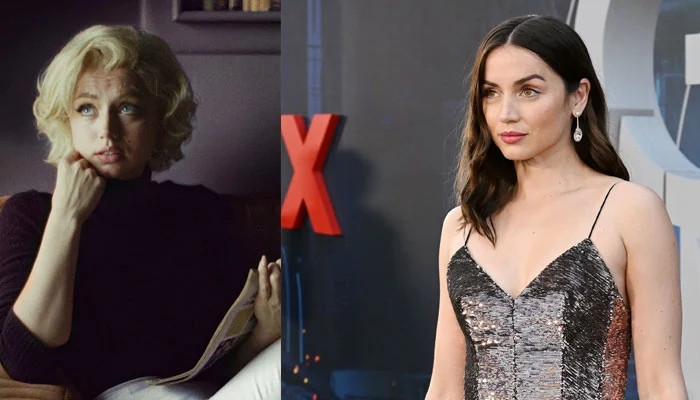 Ana de Armas is opening up about the experience she went through during the filming of her upcoming movie Blonde in which she stars as the classic film icon.

The actress, 34, is only two years younger than the Seven Year Itch star was when she died of a drug overdose in 1962.

In a press conference on Thursday at the Venice Film Festival, Ana told reporters that she felt Marilyn’s presence during the filming of the fictionalized account of her life, insisting her spirit would let them know if she was happy or unhappy with the way things were. were going, according to Reuters.

‘I truly believe that she was very close to us. She was with us,’ she continued, ‘She would also throw things off the wall sometimes and get mad if she didn’t like something. Maybe this sounds very mystical,’ the Knives Out actor admitted,’ but it is true. We all felt it.’

To note, Director Andrew Dominik decided to start filming the project on August 4, the anniversary of the screen legend’s death.

It depicts not only Marilyn’s career but her relationships with men, including her three husbands and President John F. Kennedy.

Ana, who was born in Cuba, and speaks with an accent, employed a voice coach to help her with the California native’s breathy way of speaking.

In spite of the cultural differences, the director said he knew Ana was the right person for the role after seeing her in the dark thriller film Knock Knock.

Brad Pitt served as a producer on the project. Julianne Nicholson and Adrian Brody costar in the drama, which will debut on Netflix on September 16.