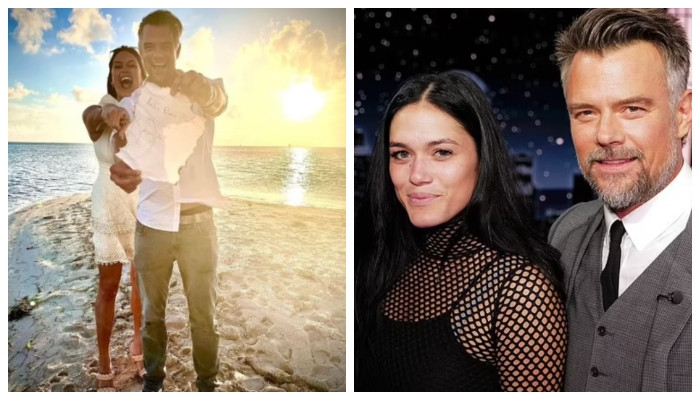 Duhamel seemingly said the words, ‘I do,’ to his fiancee, Audra, earlier on Saturday in his home state of North Dakota, reported TMZ.

The Transformers alum, 49, and former beauty pageant competitor, 28, reportedly tied the knot during a scenic rooftop ceremony at a location known as the Jasper Hotel in a city called Fargo, a source informed the outlet.

After their intimate nuptials, the newlyweds appeared to have stopped by a bar called Duffy’s Tavern, to ring in the celebrations with a few shots. The bar uploaded photos of the bride and groom in a tuxedo and full wedding dress onto its own Facebook page.

Chris Litton, the owner of Duffy’s, told TMZ that when Josh and Audra stopped by with a few others, the affair appeared to be ‘casual’ and stress-free.

According to the publication, it is unclear if Josh and Audra were stopping by multiple bars to celebrate, or had a special reception planned.

The couple were first publicly linked as a couple in October 2019. After nearly two years of dating, Josh popped the big question in January of this year at a romantic beach location.