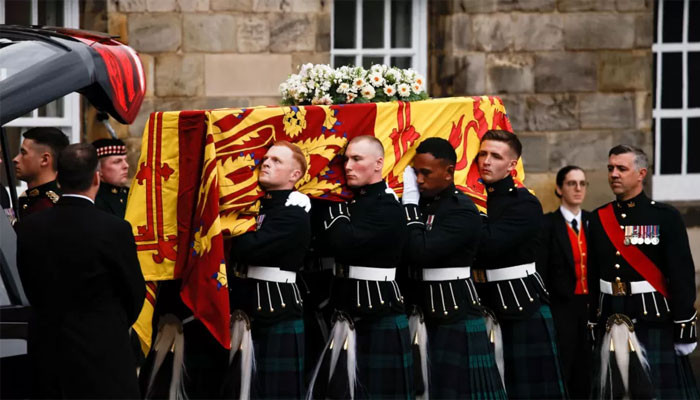 Thousands gathered along the ceremonial journey to pay their respects to their late Queen as the coffin was brought to the Throne Room of the Palace of Holyroodhouse, the official residence of the British monarch in Scotland.

The cortege was received by a ceremonial guard procession.

Down the road when the cortege passed by, the sombre onlookers fell silent in respect, and then erupted in humble applause in Her Majesty’s honor.

The procession’s first stop was in Ballater for a tribute event attended by officials including the queen’s representative in Aberdeenshire.

The Queen’s coffin is to remain there overnight under vigil in St Giles’ Cathedral and will be flown to London on Tuesday, September 13th.

She will then lie at rest at the Palace of Westminster, the seat of Parliament, until her state funeral on September 19th, reports The BBC.

The public will be able to view the Queen’s coffin at the cathedral until Tuesday, September 13th.