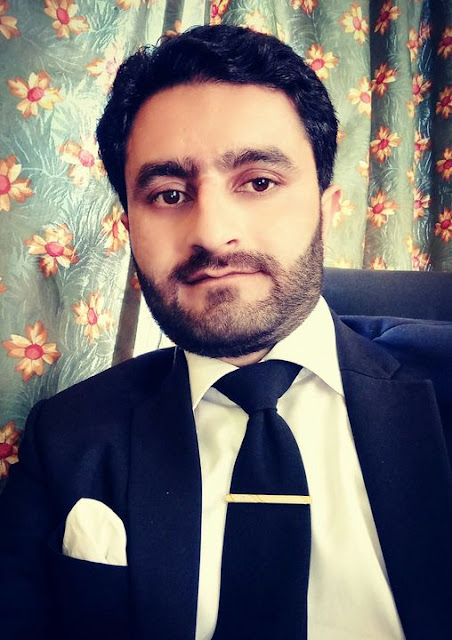 By the way, despite his lack of knowledge and laziness, he has to write or speak something on every issue and issue of Leepa Karnah. I don’t care if the effort has affected the listeners or not, but my conscience is satisfied with the burning of my share. Three years ago, Rakim wrote an article entitled “Some Political Things” which I reviewed again on Facebook yesterday. Brothers of the Nation! As the title suggests, this year will be an election year in Azad Jammu and Kashmir,  (Pakistan Occupied)

The same election takes place every five years and after every election, most of us regret our individual status and this is the main reason. That no matter how openly we play in the elections, their aim is individual interest type appointment, transfer, promotion, and development scheme which is not difficult to meet everyone anyway. On the contrary, if our joint efforts in the form of mega projects With paved roads, the establishment of institutions, existing institution buildings, staff shortages, bridges, clean drinking water supply, etc., it may not be easy for those who approve the demand as many voters agree with a plan. The possibility would have prevailed but we paralyze and compel the Member of Assembly so much that he is engrossed in the thought of how to keep the servant of which community happy but even after waiting for five years when nothing happens.

So the opportunistic voice of the majority of us (most of us call the vote the voice of conscience) the party or If the candidate changes, even if he does not get anything, he is content with being called an ideologue. In the summer of last year (2020), we heard and saw the news of dozens of young people contesting elections on social media. Perhaps it was the result of this feeling of deprivation. Like many other friends, I also heard such news. Not only welcomed but also tried to correct by making a few articles based on observations and political history of the past but with the changing weather, the young people who announced to contest elections were not only in the field but are also missing from social media. In order to awaken them, I decided to publish this article.

Our constituency has not been kept within the boundaries of the valley as per our wishes but the areas with four times more votes than ours have been included in it. According to the previous voter lists, the total number of voters in Lepa Tehsil was 14,824 which is now With the increase, the number has risen to about twenty-five thousand, while the number of voters in the areas adjoining us was 41,304, which would have increased at the same rate, which would have exceeded about fifty thousand (the final list is still being finalized). In this context, I have always thought that even if a single unanimous candidate from our Valley gets a unilateral (which is not difficult, not even impossible) vote, he cannot still win from his constituency, provided that our candidate is biased. Why do our public leaders shy away from becoming a constituency candidate instead of becoming a regional candidate? If our political leaders understand that it is necessary to be a member of the Assembly and it is difficult to contest and win elections, then I offer an easy recipe in their service. If efforts are made with sincerity and patience, God willing, hard work will not be in vain. Dear leaders! The total number of seats in the AJK Legislative Assembly has increased to 53 after the Thirteenth Amendment, out of which 8 members are in the Assembly without contesting elections. Yes, gentlemen, the same 8 reserved seats out of which 5 are for women, one is Ulema. There is one technocrat and one overseas (abroad) for Kashmiris. Isn’t any of our public leaders capable of becoming a member of the Assembly in one of these 8 seats? Of course, the anxiety of our political leaders is to become MLAs, but it is not a restriction that a member can become an Assembly only by contesting elections. If our political leaders are serious and sincere about themselves and their region, then they must try this time so that we do not see our servant sitting in the assembly, then many friends including me, like in the past, these political maneuvers or jumping. Will be considered a failed attempt to increase its political stature or flow. Today is the first day of the new year, ie the election year. It is likely that the elections will be held in June for which it is necessary to tighten the belt from today. I am writing with full respect to all the aspiring candidates by making full use of Hawas Khumsa that at present there is no one in our Valley who can win the constituency election. Yes, we do not have any such person available but we have reserved seats.

There is a candidate available at home to be elected on, but there are also candidates who need sincere and courageous efforts and history has shown that in any field, the one who is bold is the one whose footsteps are clean. Tea, cigarettes, and Those who are greedy for out-of-pocket expenses or who walk back and forth in front of MLAs with files of appointments, transfers and schemes have neither the courage nor the honor to expect such steps from such people. Is equivalent to having. My opinion is definitely not about one’s personality but depends on rational argument in the light of one’s own observation. I hope that even if such a person has such an attitude, he will continue to become an MLA. Allah is our supporter.