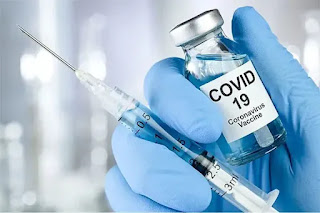 SRINAGAR: Following the decision of the administration to reopen the educational institutions on a phased basis with certain conditions, the District Development Commissioners have started reviewing the necessary arrangements and preparations for reviving the teaching and learning process in their respective districts:

Accelerate the work to ensure that the teaching and learning process in colleges, universities and schools up to secondary level is revived.

Accelerate the process of vaccinating students against corona. It is believed that the government on Saturday and Sunday said that in the first phase, colleges and universities will be opened in Jammu and Kashmir, after which schools will also be opened for 10th and 12th class students.

It has agreed to rehabilitate the staff of educational institutions and ensure the vaccination of eligible students. Government officials have clarified. That no student will be allowed to enter the classrooms without being vaccinated. In the meetings held on Monday, the Deputy Commissioners of several districts discussed all the relevant issues with the concerned officers.

They should complete the vaccination of the staff and qualified students of the educational institutions as soon as possible in mutual harmony, so that the teaching staff can be rehabilitated with the condition of keeping 50% of the students in the classrooms with 100% vaccination.

The city of Srinagar witnessed an increase in corona virus infections from August 20 to September 5, with more than 50 people being infected daily.

On August 20, only 4,401 people died of corona virus in Jammu and Kashmir, but more Nine people have been killed and the death toll has risen to 4,410 by September 5. Of the nine people who died in the last 15 days, five died in Jammu province and four in Kashmir. Two of the four deaths in Kashmir province are from Srinagar city and similarly 50 per cent of the deaths in Kashmir are from Srinagar while only two deaths have been reported in the other nine districts.

93 affected, no deaths The number of victims is 326,000. Parvez Ahmed Srinagar // During the last 24 hours in Jammu and Kashmir, 41,315 tests were carried out to diagnose corona virus, out of which reports of 93 more people including 1 passenger have been declared positive.

The total number has crossed the figure of 326,000 and reached 326,033. No deaths were reported from the virus for the second day in a row on Monday. The total number of deceased remains 4410. In the last 24 hours, out of 93 people declared positive, 20 have been affected in Jammu and 73 in Kashmir.

All 73 people affected in Kashmir have been affected by contact at the local level. Of the 73 victims in the valley, 41 were in Srinagar, eight in Baramulla, nine in Budgam, seven in Pulwama, five in Kupwara, three in Bandipora and three in Anantnag, Ganderbal, Kulgam and Shopian. The total number of victims in Kashmir province has reached 22874. For the second day in a row, no one has died of the virus in Kashmir.