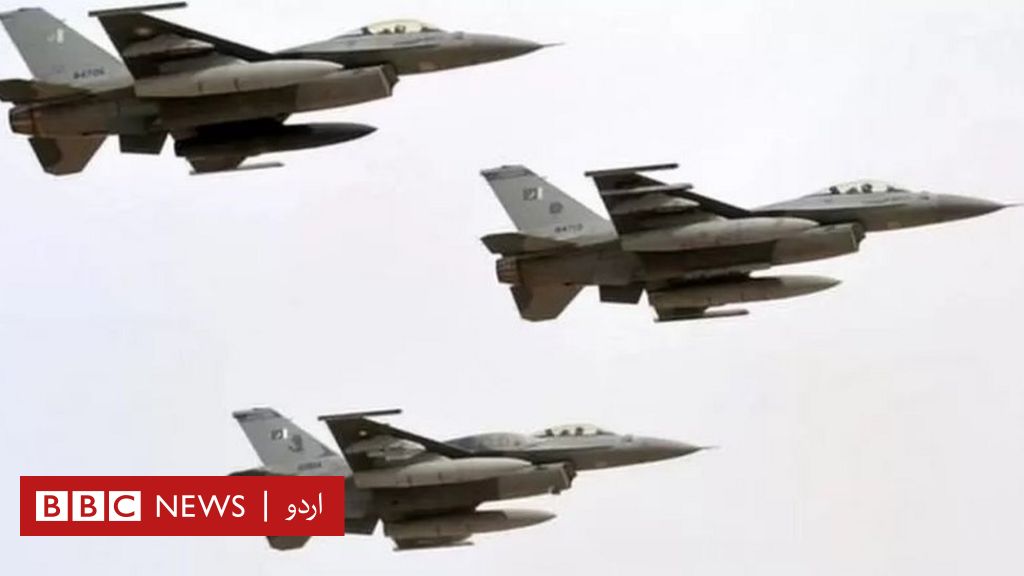 The US government has approved a special sustainment program for the maintenance of the F-16 fighter jets given to Pakistan.

The Defense Security Cooperation Agency has issued a statement saying that under this, Pakistan’s existing F-16 aircraft will be repaired and related equipment will also be provided.

However, there are no plans to add new functionality to the aircraft and it will not be equipped with new weapons.

According to the statement, this will help Pakistan in its campaign against terrorism. However, the United States says that this will not affect the military balance of the region.

According to media reports, India has strongly objected to the agreement with Pakistan regarding F-16 aircraft. According to the English newspaper ‘The Hindu’, American official Donald Lowe was on a visit to India in the past few days, and during this time, the Indian Ministry of Foreign Affairs expressed its objection several times.

The newspaper wrote in its report that officials raised the issue during every bilateral meeting with Donald Lowe. Donald Low had come to Delhi to attend a meeting of senior officers of the Quad.

According to a report in The Hindu, India has expressed concern over the technical assistance provided to Pakistan for the F-16. While Pakistan is claiming that this assistance is necessary for counter-terrorism operations, the Indian government It is said that Pakistan will use it against him.

According to a report published in the Economic Times, the Indian government does not think the agreement will have any impact on relations. According to the report, India is angry that the US did not inform it earlier about the decision, which could affect India’s security.

What is included in the contract??

The contract will apply to the repair or maintenance of already sold F-16 aircraft to keep the aircraft in flight condition.

According to the US, Pakistan had requested the US for this.

According to the contract, hardware and software changes will be made to the F-16 engine and the engine will be repaired and replaced with new parts as required.

Support for fighter jets make up Equipment will be provided

According to the statement, the contract will be worth about 450 million dollars and Lockheed Martin will complete the contract.

He had said that Pakistan has failed to rein in groups like the Afghan Taliban and the Haqqani network.

Along with this, they have signed an agreement with India for the Apache helicopter. Apart from this, it also has a major defense partnership program with India.

If we look at arms imports, India is buying more arms from Russia than America. But in recent times there has been an increase in the purchase of weapons by India from the US and other countries.

India What could be the impact on US relations?

India’s position in US foreign policy is important, both are partners on important issues, together in forums like G20, Quad, Indo-Pacific Economic Framework. But the strained relations between India and Pakistan in the South Asian region are not hidden from anyone.

In such a situation, it is inevitable to look at this move of India diplomatically because India will not want America to enter into any kind of defense agreement with Pakistan. But will this affect India-US relations?

Foreign affairs expert Manoj Joshi says that whether India likes it or not, it will have to accept this decision of America in any case.

He says that ‘Pakistan has proved that due to its position it is strategically important and no one can leave it. During this time, the relations between the United States and Pakistan were slightly damaged, but this decision of the United States is a sign that these relations have improved and both countries are ready for good relations.

He says, ‘America does not want it to support only India and ignore important countries like Afghanistan, Central Asia, Pakistan connected to Iran. Now the Taliban have come back to power in Afghanistan and America has to leave here. It wants to keep its feet in Asia from where it can keep an eye on Afghanistan and at the same time keep an eye on the regional geopolitics here.

Manoj Joshi says that ‘Russia is not happy with India’s behavior since the beginning of the Ukraine war, several times American leaders have asked India to stop buying oil from Russia. India has been taking steps in keeping with the interests of America. America has also been ignoring some of India’s decisions, but now it has decided that relations with Pakistan can be strengthened.

In 1972, when the need for light combat aircraft was felt, a company called General Dynamics built the F-16 aircraft. The name of the aircraft was Fighting Falcon i.e. F16.

These were single-seat, single-engine jets that could fly at twice the speed of sound and were capable of carrying a range of missiles and bombs.

The company later became part of the Lockheed Martin Cooperation.

The first shipment of this aircraft was delivered to the US Air Force in 1978.

In this matter, defense expert Sushant Sirin says, ‘America is playing diplomatic games on this issue, America keeps saying that it is a very good friend of India, but it is angry with India’s position regarding the Russia-Ukraine war because India has have continued relations with.

He says, ‘By taking this step, they are signaling that if you play your way, we can also include Pakistan in our game, the only difference is that this is their narrow view, because Pakistan. China is getting closer and the tension between the US and China is increasing, in such a situation, it is beyond my understanding for the US to extend its hand to China’s friend and anger India, it affects the trust between the two. can fall on.’

At the same time, defense experts Rahul Bedi says that ‘There will be some strange situation for India because Trump canceled the agreement with Pakistan in 2018, but the decision of the Biden administration seems to be leaning towards Pakistan. . The $450 million deal is an indication that relations with Pakistan, which have been strained for three to four years, are now on the way to improvement.

When and how did Pakistan get F-16 aircraft?

Pakistan first bought F-16 aircraft from America in 1981. This was the time when the Soviet Union invaded Afghanistan.

But then relations between the two countries soured and the purchase of 28 of these aircraft was halted amid concerns over Pakistan’s nuclear programme. It was feared that Pakistan could use these planes for nuclear attack.

But for this, Pakistan had already given 65.8 million dollars to America, which was later returned by America.

But then in 2001 the situation changed. After the 9/11 incident, there were attacks on the Twin Towers in America. After that, Asia, especially Pakistan and Afghanistan, became very important from the point of view of American foreign policy, and then Pakistani President Pervez Musharraf pledged US support in the war against terrorism.

After that, America lifted the embargo on Pakistan and gave Pakistan 18 modern F-16 aircraft. Apart from this, he promised to provide assistance for the repair and maintenance of already purchased ships.

Subsequently, in 2019, at Pakistan’s request, a $120 million contract was approved for a technical security team for technical support in the F-16 project.

How powerful is the F16 compared to the Rafale?

But a question arises that now that the US has agreed to keep these aircraft in working condition from Pakistan, what will be the impact on the entire region.

The question is whether it will have an impact on the military power of Pakistan.

India also has a large fleet of fighter jets, including modern Rafale aircraft, which India bought from France. How powerful is the F-16 compared to the Rafale?

He says, “The US has said in the statement that this will not have any significant impact on the military balance of the region because it is a support package, there is no new arms deal and Pakistan has been operating the F-16 for a long time.” ‘.

How many F-16 aircraft does Pakistan have?

According to a major 2020 report by Aaron Stein and Robert Hamilton of the Foreign Policy Research Institute, Pakistan has a total of 85 F-16s.

According to this report, Pakistan has so far spent more than 3 billion dollars on the maintenance of F-16 aircraft.

Manoj Joshi says, ‘It is true that Pakistan will take weapons from America on one hand and on the other hand it will continue to take weapons from China because America will not give it all types of weapons. But America already knows this and it trusts Pakistan that it will not go beyond a limit and will not do anything against America.

However, he also says that the matter does not seem so serious for India.

He says that ‘America will take a very thoughtful step in the matter of Pakistan and the matter for India will be serious when America gives new weapons to Pakistan.’

At the same time, Rahul Bedi says that it is not the case that Pakistan’s army will be strengthened by this decision of the United States, but it will definitely gain confidence. This move has proved that his efforts to stay with Pakistan are succeeding.

He says, ‘I think these are the beginnings, the US will continue to support Pakistan in the coming time, it is not known whether the US will give F-16 to Pakistan or not, but it is certain that the relationship between the two is better. shall be.’