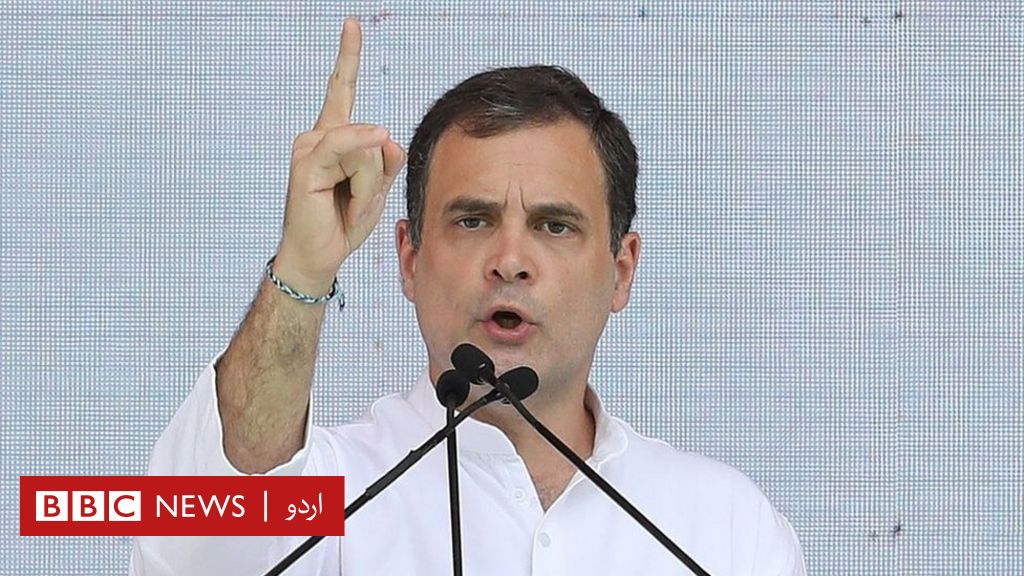 Last week, the leader of India’s main opposition party started a long march across the country.

100 Congress members along with Rahul Gandhi are participating in this long march called ‘Bharat Jodo’.

This long march will continue for five months and will pass through an area of ​​3570 km across 12 states of the country.

This long march can also be seen on live streaming and during this political party will also play songs to convey its message.

Shashi Tharoor, who belongs to the Congress, says that we are busy trying to preserve the doctrine of defense of India in the Constitution.

He says the message of the march is that we are one party and we can unite India and stop the process of division on the basis of religion, caste and language which is being promoted by the ruling party.

Another Congress leader, Jairam Ramesh, says, ‘We are going to listen to the people, not lecture them.’

It’s always a good idea to listen to people. Ever since Modi came to power in 2014, Congress’ reputation has suffered.

BJP defeated him twice in federal elections consecutively and in state elections the party failed in 40 out of 45 seats.

Now this party is partially in power in two states.

It is not clear what the Congress, which has lost many of its traditional voters to the BJP, stands for other than a vision of a secular India.

Rahul Gandhi also appears to be a leader who seems reluctant to come out in public.

Many believe that such marches can become the focus of a nationwide anti-government movement only when led by popular leaders.

Baijayant Panda, BJP’s national vice-president, says that no public campaign can succeed without the core credibility of a leader.

They say that in two decades, Rahul Gandhi has not kept in touch with the people and now his credibility is gone.

Political analyst Zoya Hasan, who writes on the Congress, says, “Therefore, the party hopes that this march will help to improve Gandhi’s image.”

They say that the long march seems to be an attempt to reintroduce Rahul Gandhi as a national leader.

She says its focus on uniting people at a time when Indian society is deeply divided is a powerful message and should be welcomed by all.

However, the results of the long march in India in the recent past have been mixed.

In 1983, opposition leader Chandrashekhar marched 400 kilometers across the length of the country for six months. This march showed him as a leader of the common people.

People called 56-year-old Chandrasekhar ‘Marathon Man’ but the march did not benefit him politically.

The following year, the Congress won an extraordinary victory through the sympathy vote following the assassination of Prime Minister Indira Gandhi.

Even more important was LK Advani’s march in 1990, which changed Indian politics.

He planned to travel 10,000 km in a mini-truck that looked like a buggy. He went from Somnath to Ayodhya. He received a lot of support in his campaign to replace the Babri Masjid in Ayodhya.

It should be noted that the destruction of the mosque led to the worst incidents of religious violence in the history of India.

But barely a month after LK Advani started the march, he was stopped and arrested by his political opponent, Lalu Prasad Yadav, who ruled the Indian state of Bihar.

Lalu Prasad then said that he took this step to ‘save humanity’.

Advani’s visit marked the milestone of the party’s agenda for cultural nationalism on behalf of the BJP.

In the year 1930, Mahatma Gandhi did a long march of 380 km against the then British rule. He made this march towards the west coast of Gujarat and it is considered as a historic long march.

The 61-year-old Gandhi was fed and hosted by the villagers along the way.

The Long March is also taken as a reflection of many symbols.

But BJP leader Panda says that with new ways of reaching the masses and dominated by social media and other forms of mass gatherings, long marches succeed only when leaders connect with the masses and have a reputation.

Tharoor says it’s hard to predict whether the long march could help Rahul Gandhi’s party get back on its feet or whether it could herald a political shift.

‘The struggle of the Indian state will not stop after the end of the march.’

Mahesh Ranga Rajan, a professor associated with the Department of Environment and History at Ashoka University, believes that much will depend on Gandhi’s message.

They ask the question, who are you expecting to support or oppose? How can this march bring you to the center of politics?

Yashwant Deshmukh, one of the pollsters, says that what is surprising is that despite 35 percent of people saying that their economic condition has worsened under Modi’s rule, according to recent surveys, Prime Minister Modi still tops the opinion polls.

“You look at the confidence of voters in Modi and his incredible popularity that sometimes defies logic.”

Many people think that Rahul Gandhi’s job is very difficult.

Ranga Rajan says, ‘People may be going through tough times but do people believe that the government is responsible for it? Are they so dissatisfied with the current ruling party that they want to give another political party a chance?

Only time will tell whether Rahul Gandhi’s experiment is a success or a failure.