Taliban can capture Kabul in 90 days, US intelligence 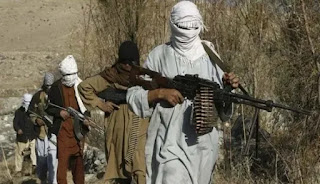 KABUL: US defense officials have said, citing US intelligence, that the Taliban could isolate the Afghan capital in 30 days and possibly capture it in 90 days:

This can be gauged by the rapid progress of the Taliban across the country following the withdrawal of US-led foreign forces. The official added, however, that this is not a predetermined outcome. The Islamists now occupy 65 percent of Afghanistan and have seized 11 provincial capitals, a senior Taliban official said, threatening to take over.

There is a lot of rush on foreign routes as civilians enter the city and flee the violence, and it is difficult to say whether the Taliban are going through it or not. “The fear is suicide,” he said. The assailants will enter diplomatic circles to intimidate, attack and make sure everyone gets out as soon as possible. The loss of Faizabad, the capital of the northeastern province of Badakhshan, was a recent setback for the Afghan government, which is struggling to stop Taliban attacks. Jawad Mujaddidi, a member of the provincial council from Badakhshan, said the Taliban had laid siege to Faizabad before the attack.

With the fall of Faizabad, the entire northeast came under Taliban control. Badakhshan shares borders with Tajikistan, Pakistan and China. The Taliban fought to defeat the US-backed government and re-enforce Islamic law. The pace of their advance has shocked the government and its allies. US President Joe Biden has urged Afghan leaders to fight for their country. He said he did not regret his decision to withdraw. Yes, the United States has spent more than 10 1 trillion in 20 years and lost thousands of troops, he said. The United States will withdraw its forces this month in exchange for promises by the Taliban to stop Afghanistan from being used for international terrorism.

The Taliban has promised to withdraw its forces this month. He said he would not attack the withdrawal of foreign troops, but did not agree to a ceasefire with the government. A senior Taliban leader said that Mullah Abdul Ghani Baradar, the head of the organization’s political office, met with US Special Envoy to Afghanistan Zalmai Khalilzad in Doha on Tuesday. However, no details of the meeting have been released. One of the expected meetings will be the Trika Plus meeting, which is being led by the United States, China and Russia. The Taliban leader said on condition of anonymity that a Taliban delegation would also take part.