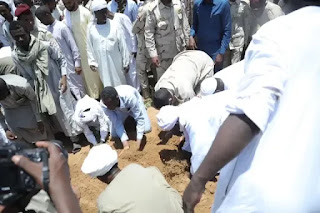 Chad: 18 nomads were killed and 15 were injured in the attacks of armed groups in the north of Al-Jenina, Sudan.

18 shepherds and nomads were killed and 15 injured in the area while the armed men looted about 80 camels.

The Deputy of the Sovereign Council of Sudan, Muhammad Hamdan Daqloo, attended the funeral of the dead and said that we requested an emergency meeting of the Sudanese Security and Defense Council due to Chadian attacks on our borders.

It will take tough decisions to ensure the security of its borders.

According to the report, the tragedy occurred when the Vice President of the Autonomy Council, Mohamed Hamdan Daqlou, held talks with the President of Chad, Mohamed Debi N.

Jamena, who arrived from West Darfur with a high-level military delegation on Thursday. However, later A press statement said that during the talks with Debi, security issues, border issues, economic cooperation and the possibility of benefiting from Chad’s port were discussed.